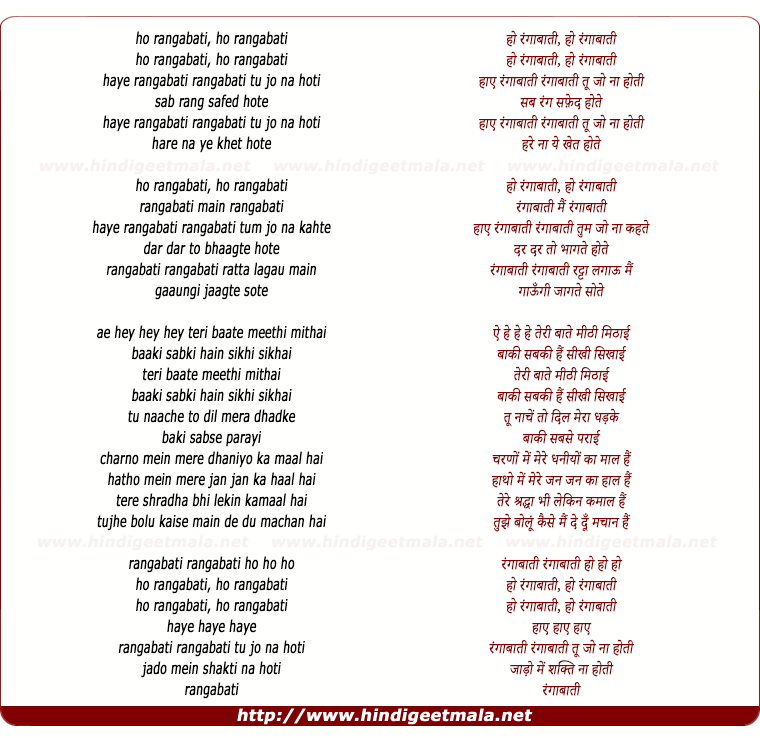 Comments on song "Rangabati"
Abhishek Rana Borah on Thursday, August 06, 2015
Hey guys...what's there not to like about the song...I admit I am not from
Odisha...and I heard the first RONGOBOTI on coke studio...
.
But isn't it a folk song...??..It's great that Bollywood... Unarguably the
Indian largest film industry is taking it to a much larger audience than
anything in Odisha can... U might not approve of the kind of lyrics they
have incorporated...and I respect you for upholding ur cultural honour...
But seriously there is absolutely nothing disgraceful about it..Nothing to
be ashamed of. I have a gut feeling that it might develop into another
face of Odia culture next to Odisi dance...
I AM SHARING IT...﻿

Ramesh Routray on Wednesday, August 05, 2015
Do appreciate the effort guys.. again u r doing the same thing..
Here is a comment in FB by Aswini Sahoo "Proud moment for us. Bollywood
immortalized the song where Ollywood failed. Kudos to those who are behind
this and whose sincere efforts made this happen at a national stage. Apart
from Odishi, definitely Sambalpuri is going to mark a cut in future."﻿

Insanely Atheist on Friday, August 07, 2015
I don't know why people are so negative.Though Its true its no where near
original but at least they have been earnest.They beautifully retained the
beat and the oriya culture,what else do you expect from a movie that is
targeting pan India audience!﻿

Seeshil Kar on Saturday, August 29, 2015
western odisha people always try to divide the state... we are indians
first then proud to be an odia... if we will keep jagannatha as only our
Lord only puri people's then what whole country will do? Rangabatti is an
odia song...﻿

TurboRSV on Friday, August 07, 2015
This version is hell. Coke studio is real justice to the old classic. While
there can be debate over instruments used and lyrical flaws, Coke Studio's
modern approach managed to make people like the song.﻿