Video of this song from youtube
Average Rating : 4.33
Total Vote(s) : 79
Please rate this song between 1 star and 5 stars (5 stars being the best). Just move your mouse on the stars above and click as per your rating. Your rating will really help us to improve our website. 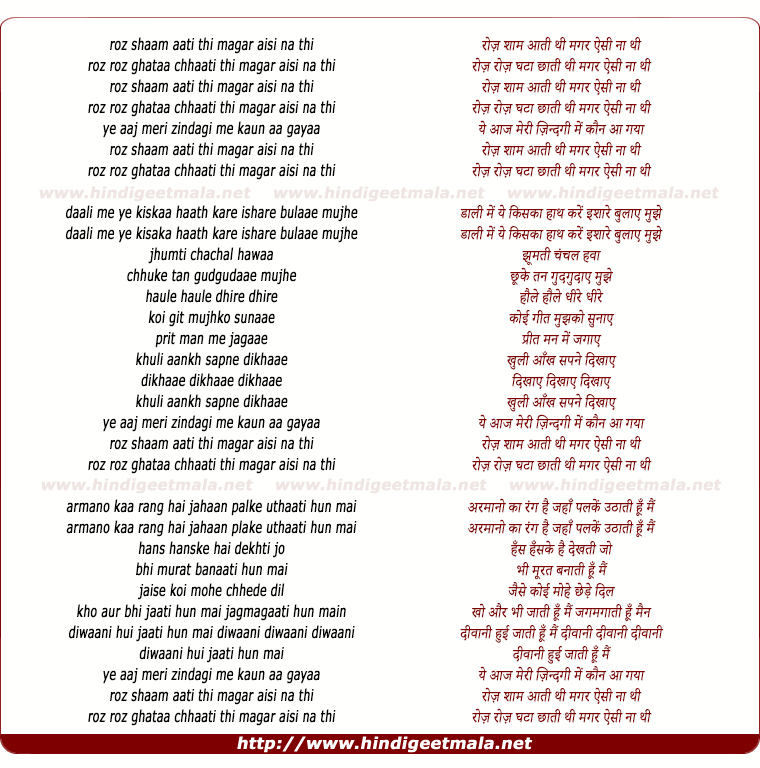 msavale1 on Sunday, July 26, 2015
Melody thy name is Lata Mangeshkar. This melody in this composition is
sublime, surreal and it is only Lataji who could have made it what it is,
so sweet...absolutely outstanding! I'm fortunate to be living in the times
to have seen and heard the incarnation of Maa Sarawati - Thank you Lataji.﻿

Rizwan on Thursday, June 20, 2013
Tanuja was just below average when it comes looks, acting and her career,
rohan bajpeyi on Thursday, October 18, 2012
this is a 1974 song from, imtihaan not 1971,just for clarification
View all 10 comments related to song Roz Sham Aati Thi Magar Aisi Na Thi
Popular Links on HindiGeetMala