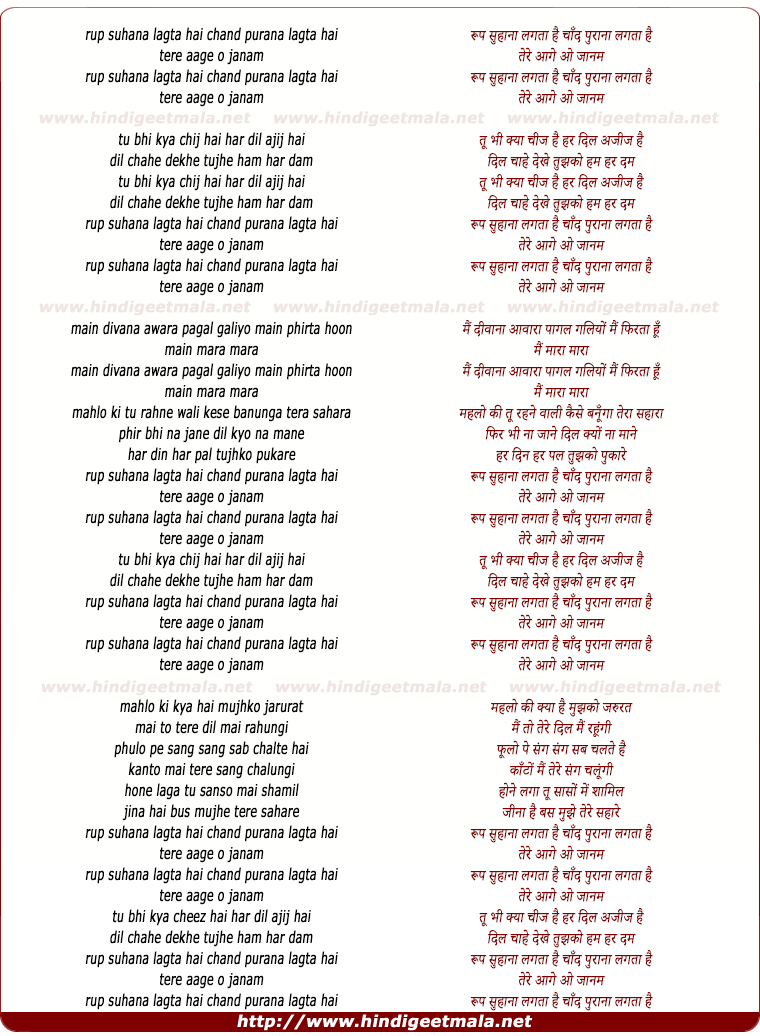 Comments on song "Rup Suhana Lagta Hai"
rdhinakar on Wednesday, September 29, 2010
I don't think hindi version is by Dilip A.R. Rahman. Hindi was by Anu Malik. Uploader refer to actual point and correct your entry. There was copy right case against anu malik by ARR for using this song without his approval.
Cinephile1808 on Thursday, June 04, 2009
wow, AR Rahman is awesome. Both the Hindi and Tamil versions of this song are beautiful! (as is Juhi)
rdhinakar on Friday, October 01, 2010
@prash142 Anu Malik just ripped the BG score and used SPB and Chitra to sing the song. I wonder why SPB and Chitra who are great likers of ARR sang this, might they would have taken permission from ARR to sing on this copied version!
TamilKeka on Sunday, September 06, 2009
the movie and this song is total RIP of tamil movie GENTLEMAN music director is AR REHMAN... Tamil version came before 1 nd 1/2 yr before this was released
sumankaur8 on Monday, July 12, 2010
my favorite song since i was a little kid.thank u sooo much for posting this video :)
View all 22 comments related to song Rup Suhana Lagta Hai
Popular Links on HindiGeetMala