Average Rating : 4.48
Total Vote(s) : 23
Please rate this song between 1 star and 5 stars (5 stars being the best). Just move your mouse on the stars above and click as per your rating. Your rating will really help us to improve our website. 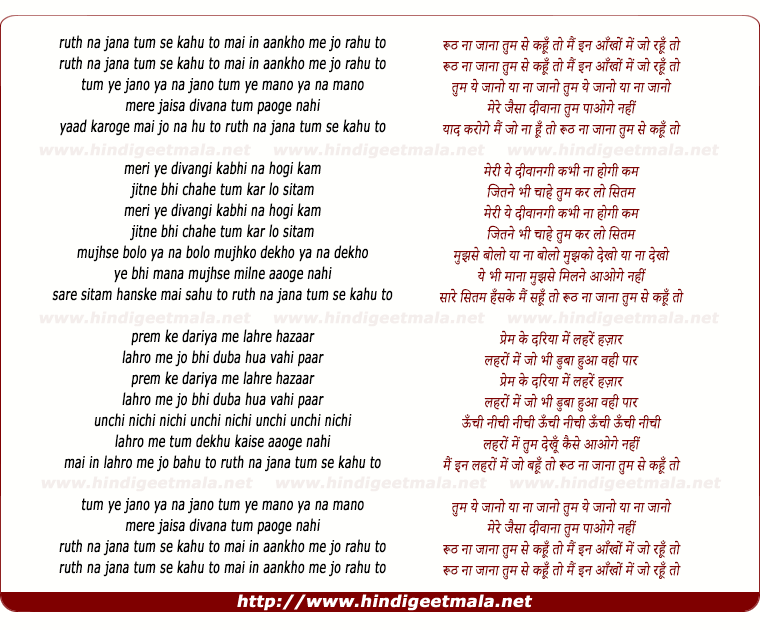 Pisces Cool on Wednesday, November 03, 2010
Hats Off to Javed Akhter Sahab for writing such beautiful song.. Infact all
songs of this movie are really beautiful like EK larki ko dekha to aisa
laga, Pyar hua Chupke se.. He is awsome..!! Nt forgetting RD Burman & Kumar
Sanu who made this song Even more beautiful..!!

Pasha Bilal on Saturday, July 17, 2010
@hitesh301 RD Burman is great but in music field. If kumar sanu's voice
that gave his music great ness. That's why RD burman remain stuck with
kumar sanu all the time and Kumar Sanu does not need any music to prove him.

Lost In Dark on Monday, April 08, 2013
Now this is the magic of love. Listen this song one time, two time or any
number of time, you cant stop yourself to listen it one more time. Lovely
composition, marvelous singing and tremendous picturization. Hats off

anuragmgm16 on Thursday, September 09, 2010
amazing lyrics made a legend by kumar sanu i love dis song one of the songs closest to my heart...
View all 20 comments related to song Ruth Na Jaanaa Tum Se Kahun To
Popular Links on HindiGeetMala