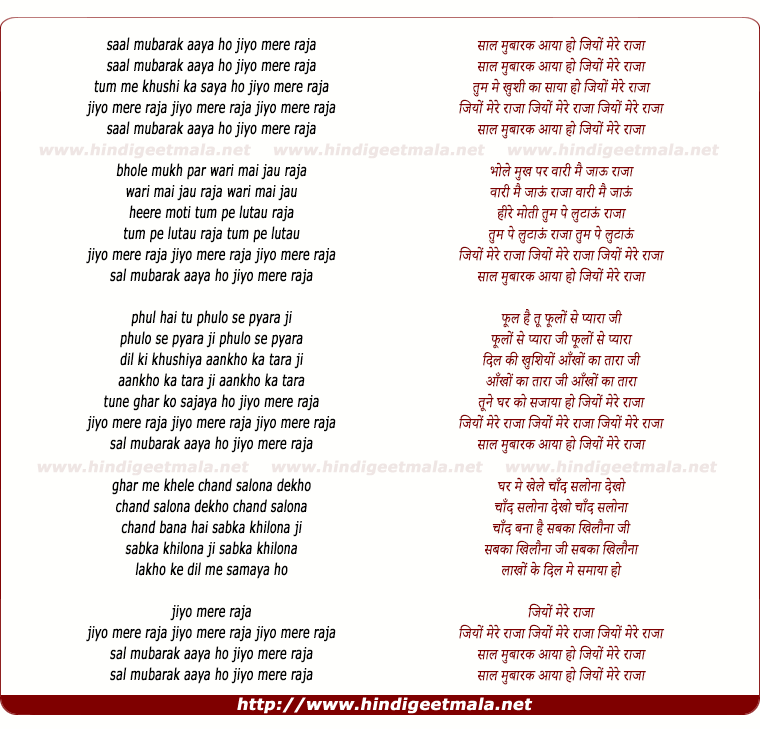 Comments on song "Saal Mubarak Aaya Ho Jiyo Mere Raaja"
anmolfankaarsite on Monday, January 02, 2012
@madhubala2009 Kiri, Trilok Kapoor was a popular actor in late 40s and 50s.
He acted opposite Noorjehan in Mirza Sahiban. He acted with Nirupa Roy,
Nargis and many others. Other than good looks he had a lovely voice as
well. He also happens to be the brother of Prithviraj Kapoor.

madhubala2009 on Friday, December 30, 2011
What a nice speedy,festive song!
A great 2012 to you too!
Tirlok Kapoor,a very rare name to me.nice voice.
I hope you will have more where this came from:)

Jagjit Singh Ishar on Monday, March 23, 2015
Almost washed down from my memory lane. Used to listen from SLBC & AIR long
back. Thanks for reminding the lost memories.﻿