Video of this song from youtube
Average Rating : 4.31
Total Vote(s) : 16
Please rate this song between 1 star and 5 stars (5 stars being the best). Just move your mouse on the stars above and click as per your rating. Your rating will really help us to improve our website. 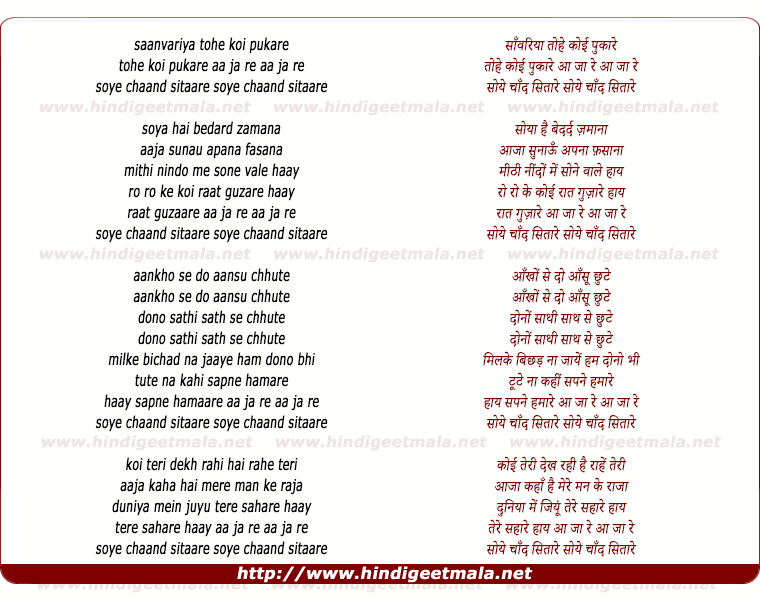 Comments on song "Saanvariyaa Tohe Koi Pukaare"
atglenerin on Thursday, November 08, 2007
old movie really, i recall having seen it; the SANWAREA in question is the husband of this person (Noor Jehan) and he is away on military duty. Those were internetless times, no hotmail, no web cams, no satellite phones, nothing of the sort and.no blogs either. So she is burning in the fire of furaaq (separation from her lover husband) :)
ny28tx on Tuesday, November 06, 2007
Film ki story kia thee? Pretty much all the songs talk about being seprated
and disparity.