Average Rating : 3.91
Total Vote(s) : 22
Please rate this song between 1 star and 5 stars (5 stars being the best). Just move your mouse on the stars above and click as per your rating. Your rating will really help us to improve our website. 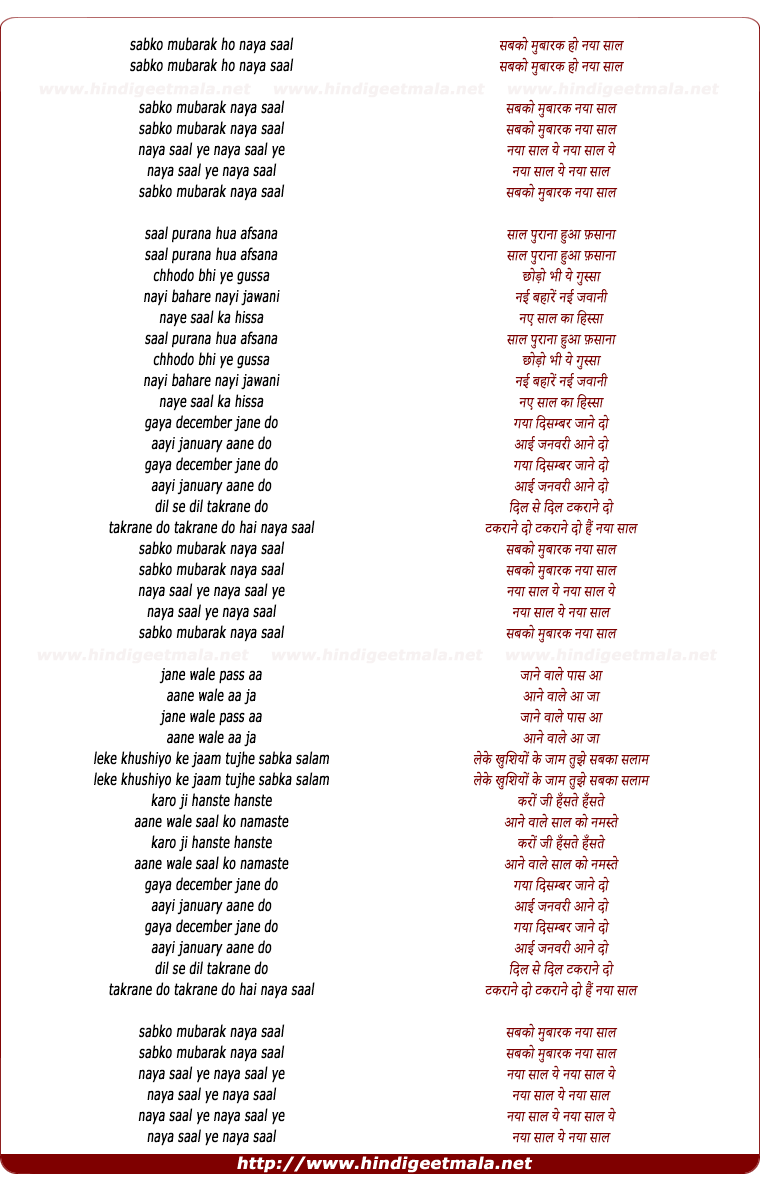 Milind Bhagwat on Saturday, March 15, 2014
Every year I used this song on Radio Ceylon on 1st January Really a
nostalgic titbit!﻿