Average Rating : 4.11
Total Vote(s) : 27
Please rate this song between 1 star and 5 stars (5 stars being the best). Just move your mouse on the stars above and click as per your rating. Your rating will really help us to improve our website. 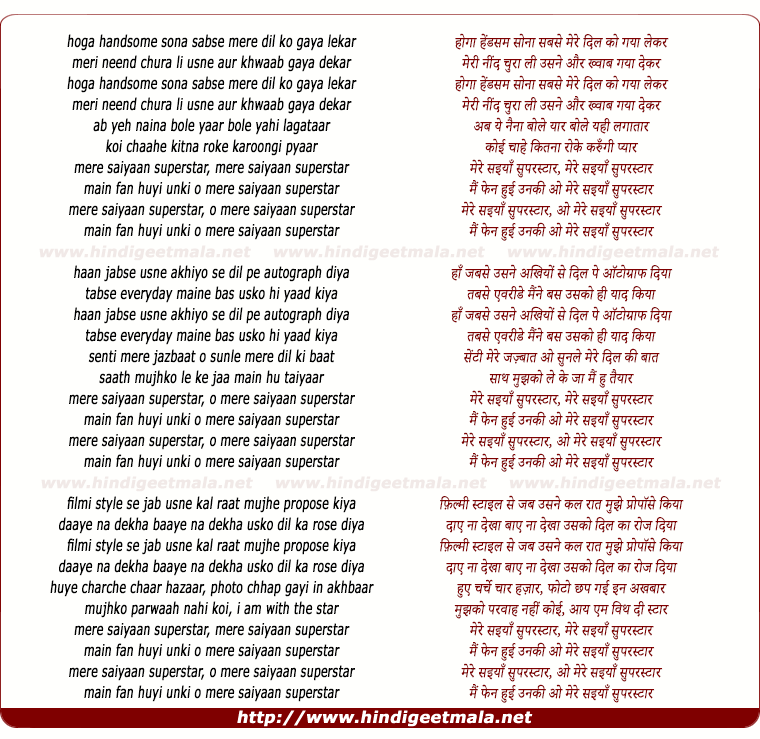 doodle on Saturday, March 07, 2015
Sunny to me is prettier than Katrina. The difference between Katrina, the
British import and Sunny is that Sunny genuinely loves India as her DNA is
Indian. This shows in her trying to speak Hindi when she can and not having
the star ego. Katrina seems to only use Bollywood as a means to earning.
She couldn't be bothered to learn or speak hindi. She considers herself
above her fans. This Despite the fact she also slept her way into the
industry via Salman Khan. Sunny has come miles but still needs to improve
on her lip synching technique.﻿

SHIKHRANI on Thursday, March 05, 2015
I don't know about Saiyaan, but +Sunny Leone is really a SUPER STAR !!

Wowww... Again !! She surprised whole world !! She is looking perfect
'Desi' and it's her first attempt to perform pure Indian Dance forms,
that's really amazing !! Her expressions are too perfect and going with the
flow of the song !! ﻿

Aminata Jah on Thursday, March 12, 2015
This tells us that we r not the ones to judge someone only God has the
right to do so.I am really proud of her for making herself a different
person even after her mistake, she needs another chance n she is proving
that she is worthy to have another. Love from Amina.﻿

Rizwana Sabir on Thursday, November 26, 2015
She is much better looking than all these ugly actresses. If you look at
them without makeup, you will puke. Sunny is probably the only person who
is flawless. I am proud to see her improve and get involved more in the
Indian culture﻿