Video of this song from youtube
Average Rating : 3.96
Total Vote(s) : 97
Please rate this song between 1 star and 5 stars (5 stars being the best). Just move your mouse on the stars above and click as per your rating. Your rating will really help us to improve our website. 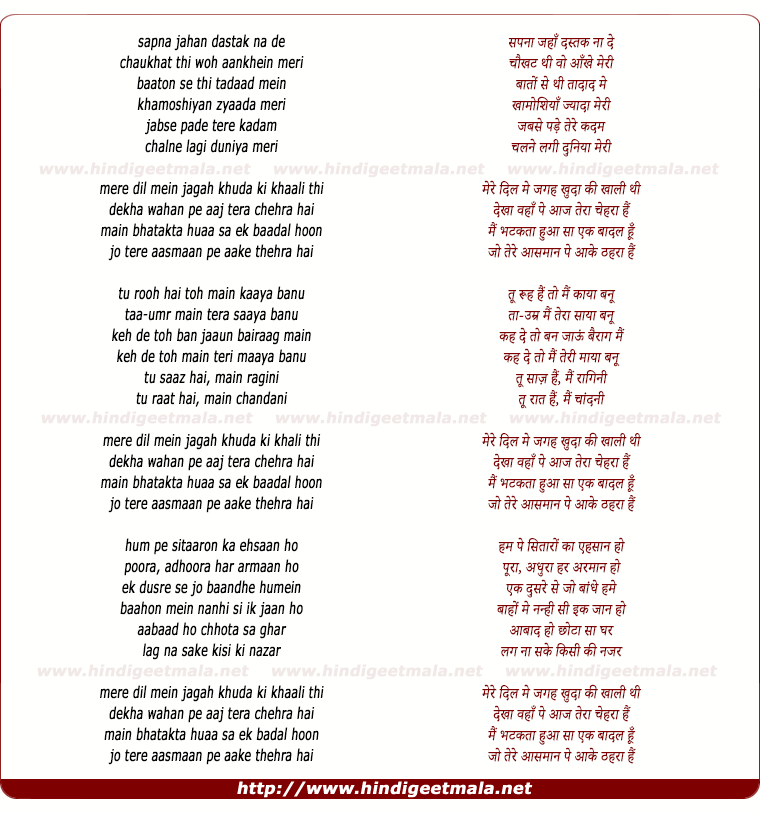 Comments on song "Sapna Jahan Dastak Na De"
Affida Fatahu on Tuesday, July 21, 2015
Very beautiful and very soulful song, the music is so romantic. +Sonu Nigam
and +Neeti Mohan have sung beautifully well, they have a very soulful voice
the lyrics is so melodious and really good. This is the first time Sonu and
Neeti are collaborated together for the beautiful music in #Brothers. +Akshay
Kumar and +Jacqueline Fernandez are make an amazing chemistry together,
they looks great and sizzling. And it is a comeback of the golden singer
Sonu and the music composer +Ajay-Atul Gogavale after the beautiful and
very sad melodious song #AbhiMujhMeinKahin from #Agneepath, that song was
sad i have already listening it makes me cry and now this one is very calm
and so romantic. Cant wait to see it! Eagerly waiting to see the movie on
14th August. ﻿

Uttam Roy Choudhury on Friday, July 17, 2015
Akshay sir you are best of best actor. this movie brothers is going to be a
full of emotion drama movie ever made in Bollywood. this song #sapnaJahan
.." oh god" ..what i say about this song. awesome music, awesome lyric,
Best singer sonu nigam and your presence just wow. akki sir We hats off
you ever and forever.﻿

Dipanjan Banerjee on Monday, July 27, 2015
We hardly get to hear the voice of this man now a days but whenever a great
Sonu Nigam number comes along, you get to realise time & again what this
man is capable of. An absolute legend in Indian music & it's a beautiful
song.﻿