Video of this song from youtube
Average Rating : 4.19
Total Vote(s) : 172
Please rate this song between 1 star and 5 stars (5 stars being the best). Just move your mouse on the stars above and click as per your rating. Your rating will really help us to improve our website. 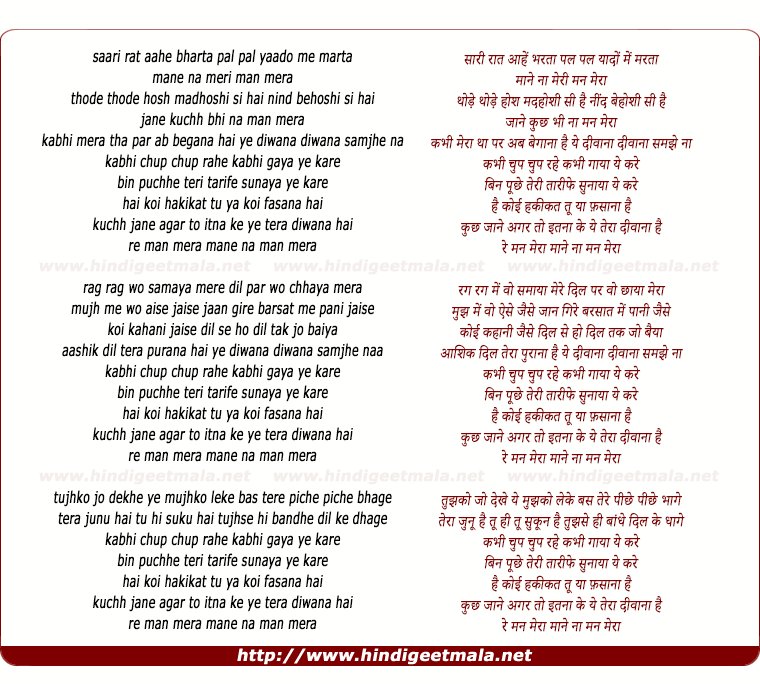 Comments on song "Sari Raat Aahe Barta"
Anurag Bohra on Sunday, August 09, 2015
Love the song. Tina Desai does great job in the video. The bikini scene was
way too sensual. There was no need to shoot a micro bikini sequence. A mere
one-piece swimsuit sequence would have been sensuous and graceful. Indian
actresses must maintain some dignity on-screen. ﻿

BoneZer0 on Monday, January 21, 2013
i can relate myself pretty weirdly to this, have been a ragging victim when
i was a middleschooler.Amazing movie i saw after a very long time with this
Amazing soundtrack, this is the real music unlike cheap punjabi and item
songs.bollywood should make more songs like these.

osum rider on Tuesday, December 18, 2012
god!! can't believe that this video also has dislikers... really sick
people!! so refreshing, addictive and romantic song!! listened about 40
times jst after listening it once.. i dnt knw abt movie bt yeah music is
already hit!!