Video of this song from youtube
Average Rating : 4.44
Total Vote(s) : 759
Please rate this song between 1 star and 5 stars (5 stars being the best). Just move your mouse on the stars above and click as per your rating. Your rating will really help us to improve our website. 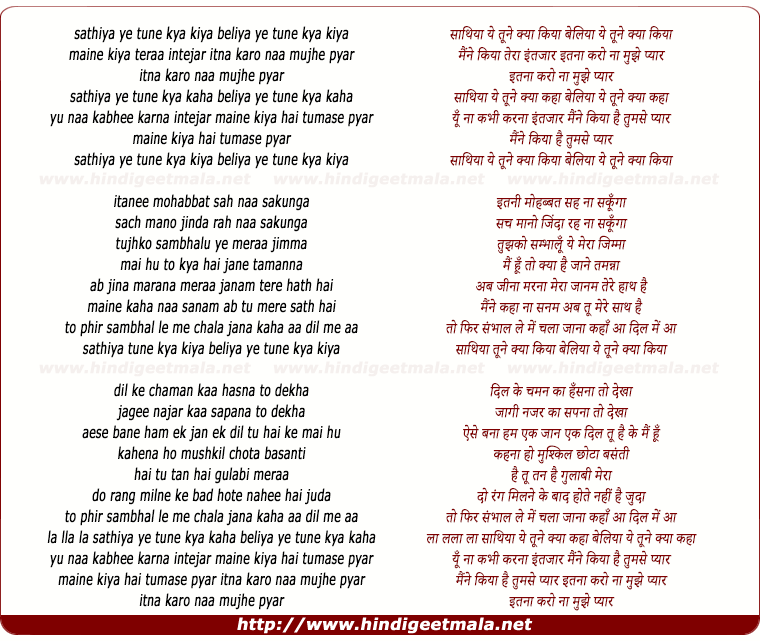 shaunak sirrole on Thursday, May 12, 2011
salman ws nt a big star that time bt still he works as a great actor, thnks
to his paa salim.. he enjoys doin love songs always! he looks best in
thm.. coz he is the handosmest guy in bollywood... love you
salman. and love u revathy toooo... she never did romantic hindi film
later, but still she's adorable

prem mishra on Thursday, November 08, 2012
the cuteness of salman in every songs comes out out with so ease nd natural
that u gonna love it like u r living tht space ..i don't want love but
whatevr i have i am living it...tht's makes him different from other
star.He doesn't luk star in songs he is just salman like any lover..thts
makes him gr8..truly!

Anup Singh on Monday, April 05, 2010
the songs nice but the way she hits salman with her hair looks dumb.who
was the choreographer or the director...the girls pretty btw...she cud sure
make a good actress in north.