Video of this song from youtube
Average Rating : 4.09
Total Vote(s) : 164
Please rate this song between 1 star and 5 stars (5 stars being the best). Just move your mouse on the stars above and click as per your rating. Your rating will really help us to improve our website. 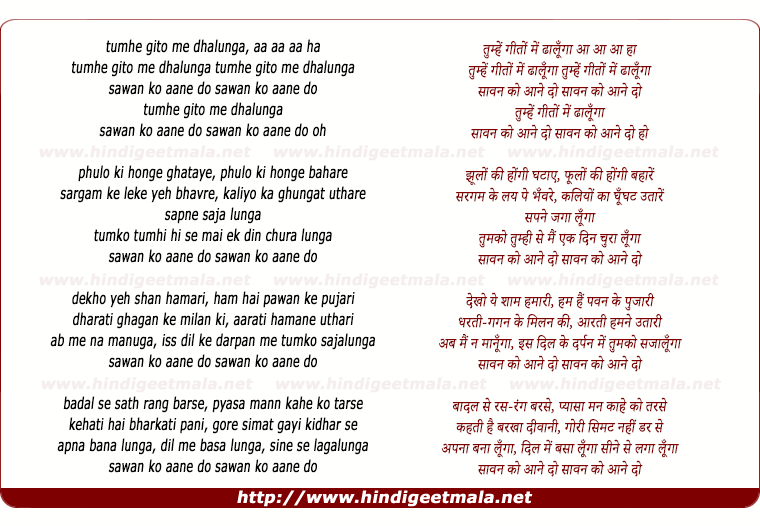 abdulsamadmadani on Thursday, July 29, 2010
Yesudas is far better singer than Rafi Saab.The song 'Shadajne' sang by Yesudas for the unreleased film Tansen is said to have been previously refusedï»¿ to be sung by Mohammed Rafi, He said that 'I cannot sing this song in this birth'.check out for this song in youtube.
MsScorpyscorp on Wednesday, September 18, 2013
This particular song has been sung by JASPAL SINGH and not Yesudas.
Yesudasji has sung most of the songs for this film whereas Jaspal Singh has
sung 2 songs, which happen to be supremely popular even today.

Aman Dayani on Monday, September 29, 2008
thank you so much rajshri ji for posting this nice old sweet song. this
song refreshes the old memories of jawani.thanks again , this is aman
dayani from toronto canada.