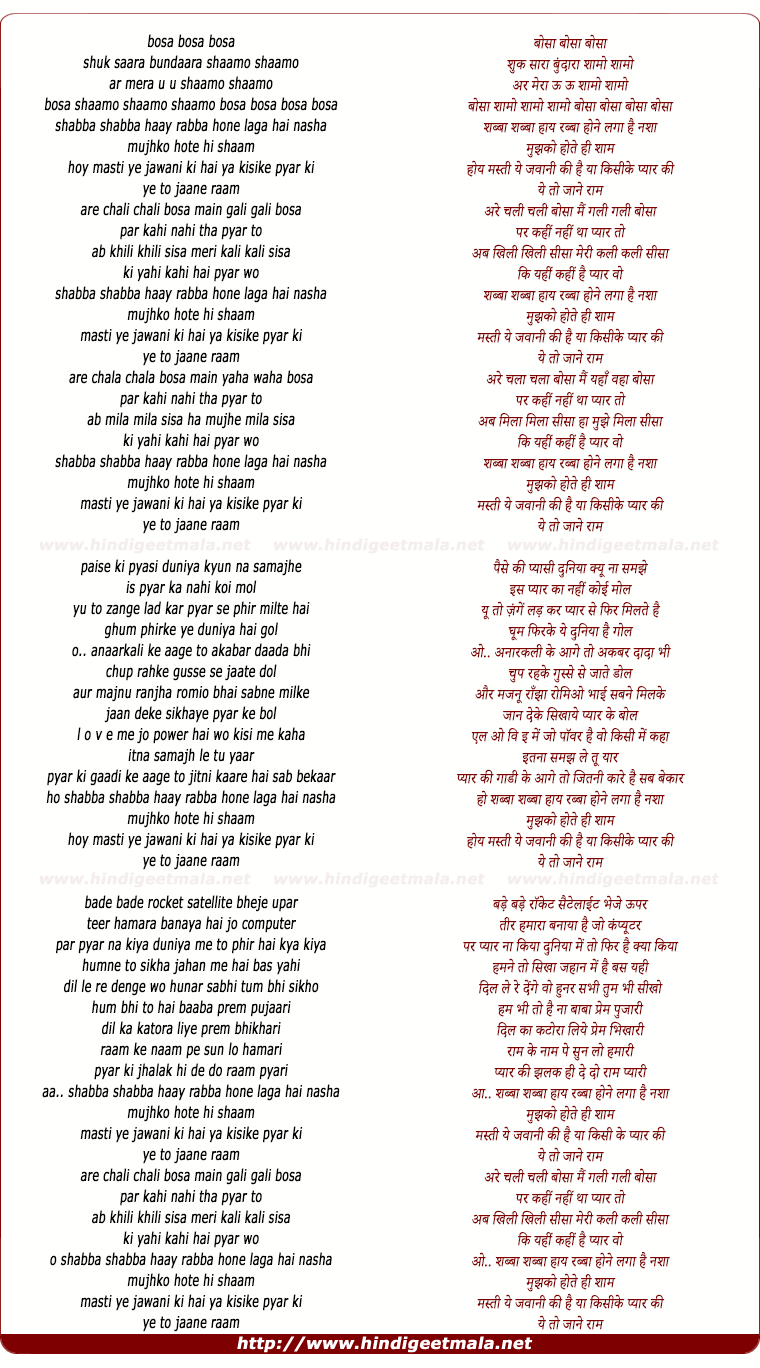 Comments on song "Shabba Shabba Haye Rabba Hone Laga Hai Nasha"
RandOceans on Friday, February 03, 2012
its an excellent melody and ar rahman's personal style adds another layer
to it. For eg. he chose such a unique singing voice when he chose the
female playback artist - it feels like its urmila's voice for some reason.
I guess I was too young to appreciate this then; in those days I was too
biased to Yash Raj films.

govorovstas on Saturday, March 27, 2010
Urmila is so beautyful.
singers of this song is : Neeraj Vora, Ranu Mukherji, Sonu Nigam

Vikram Raj on Sunday, December 25, 2011
Nothing too complex in the music or the dance moves.. yet the final result
is so graceful, addictive.. They succeeded in capturing the essence of
'art' in this video. Hats off to Rahman and Ramgopal Varma

boiragirules on Monday, May 28, 2012
I have a huge respect for Dilip Kumar aka AR Rahmanji...however...somehow
nothing makes me dance like LP's music. I am sorry.

147moviereviews on Tuesday, October 16, 2012
Urmila is THE hottest actress in Bollywood history, and he acting skills
are amazing. love her!