Video of this song from youtube
Average Rating : 4.29
Total Vote(s) : 28
Please rate this song between 1 star and 5 stars (5 stars being the best). Just move your mouse on the stars above and click as per your rating. Your rating will really help us to improve our website. 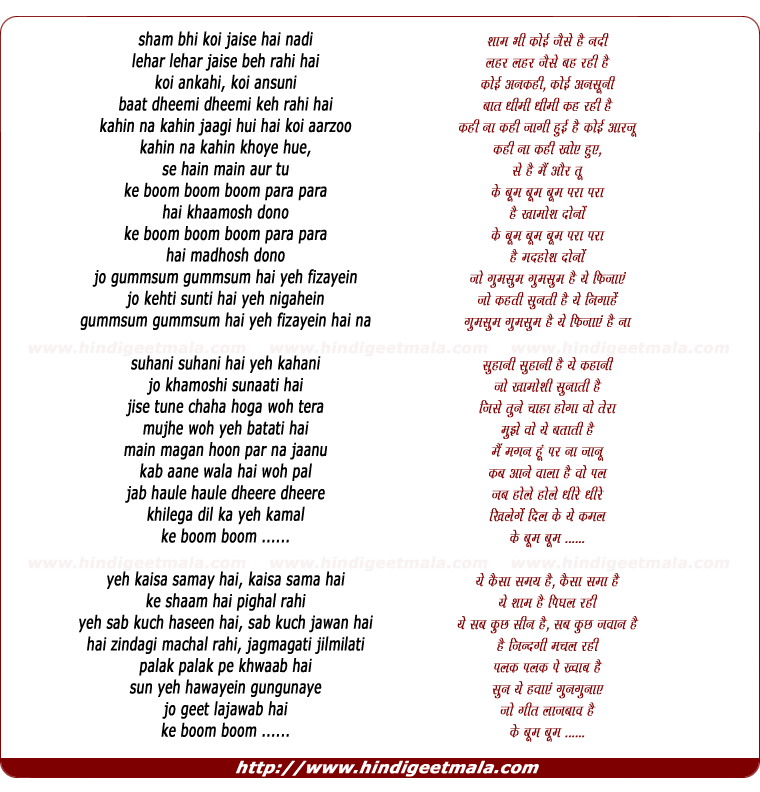 Comments on song "Sham Bhi Koi Jaise Hai Nadi"
Raj Das on Thursday, December 15, 2011
@veiledvulture They didn't "make do". Nikhil D'Souza is an awesome singer
and was clearly the best choice. Just check his Sutasi videos or see him
live in Mumbai. Unlike most playback singers, this guy doesn't need studio
machinery to better his voice. Kudos to Amit Trivedi as well.

Satyajit Sahu on Friday, August 29, 2014
Nikhil D'Souza . man, what a voice!
As per Nikhil, Amit Trivedi heard him on an ad, and asked him to come and
audition. And this song was born. Thank you Amit Trivedi! You can identify
the real diamond!﻿

musicslive on Wednesday, February 16, 2011
A very nice song, vedio is a little off tho'... Good work again by Amit
Trivedi.