Average Rating : 4.25
Total Vote(s) : 4
Please rate this song between 1 star and 5 stars (5 stars being the best). Just move your mouse on the stars above and click as per your rating. Your rating will really help us to improve our website. 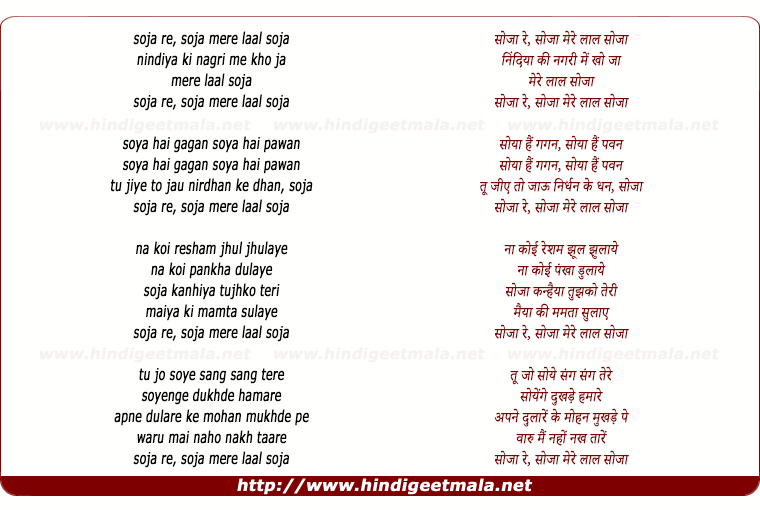 rumahale on Sunday, September 09, 2012
Never heard it before; it is really soulful and high quality lori. One has
a feeling of missing of video to view the response on the screen. If
possible, please mention the star cast. Thank you.

TheDeepakp on Wednesday, September 23, 2015
Paragji
Yes there is no other song of Rafiji (SOLO) or even Duet.
I am sorry.﻿

TheDeepakp on Tuesday, September 01, 2015
Paragji
Second same song [Lori] is there with Rafiji.
Do You Have That ?﻿