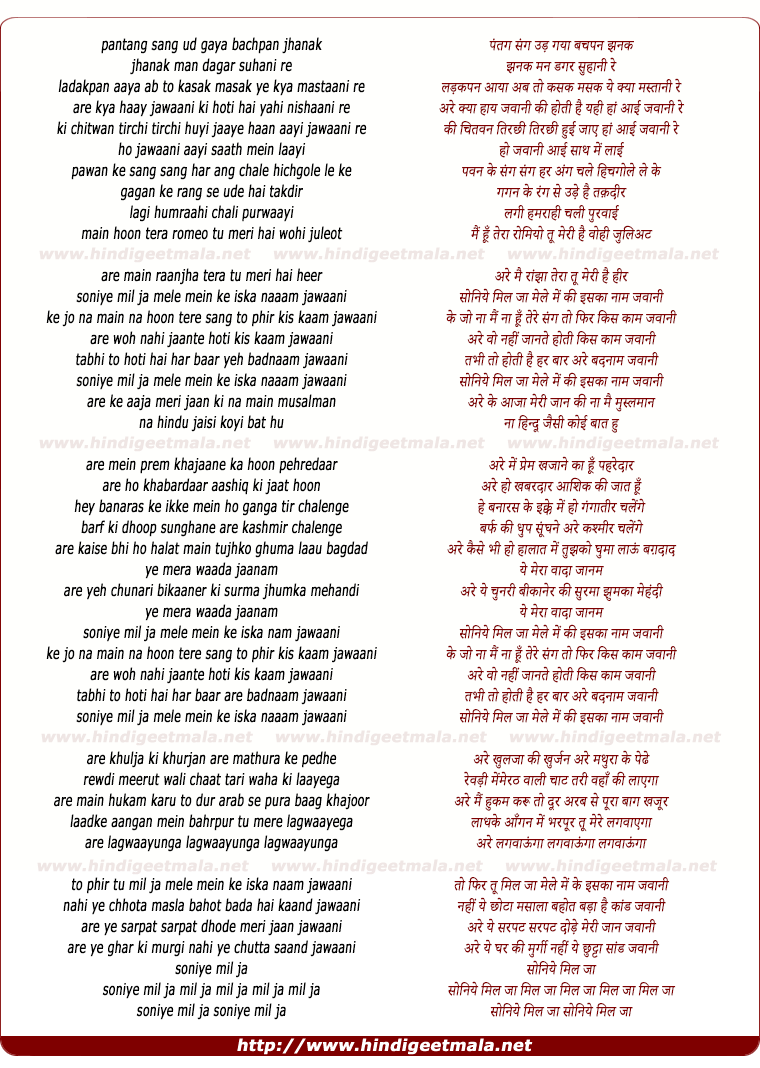 Comments on song "Soniye Mil Ja Mele Mein"
merechottatiny on Saturday, August 14, 2010
@sabbirsa uhhh whos both referring to...in any case my opinion is that Madhuri Dixit is no longer a superstar. The public determines who a superstar is and obviously it prefers other people. Her so called celebrity failed to bring any great success to the movie. However I think she looks amazing and she had a great career. I wish her well. As for your previous comment...it didnt address my previous comment. I didnt want a definition for box office draw by the way.
sabbirsa on Thursday, August 19, 2010
Well she still is because her songs and her videos still experience a high number of views. she still has that. its like madhubala. You know if you ever go to a street shop in India, only Madhubala's posters are still sold and she is the only one from her contemporaries and people buy it. so she still very much alive in peoples heart and that is called star power. same goes with madhuri.
sabbirsa on Saturday, August 14, 2010
both do actually because its the public who shows up to watch a film, buys the ticket, and the more they like the movie the more tickets are going to be bought which will show an increase in the box office collection. No public, no box office collection. Box office collection is predominantly used for commercial cinema while critical acclaim is used for parallel (art house) cinema.
femaleStudent on Tuesday, May 19, 2009
That's the part I like the most in this play. The song is great and I love Madhuri's speech (I don't understand the language but I like the sound, rhythm and rhyme of the words) :)
The part around 0:44 is cute :)

angelhrt on Saturday, October 03, 2009
u hate india b/c ur jealous of this country..India is da greatest n beautiful country..learn to appreciate otherwise ur not welcome here..After all Ussr has nuthing over india..haha
View all 54 comments related to song Soniye Mil Ja Mele Mein
Popular Links on HindiGeetMala