Video of this song from youtube
Average Rating : 4.58
Total Vote(s) : 71
Please rate this song between 1 star and 5 stars (5 stars being the best). Just move your mouse on the stars above and click as per your rating. Your rating will really help us to improve our website. 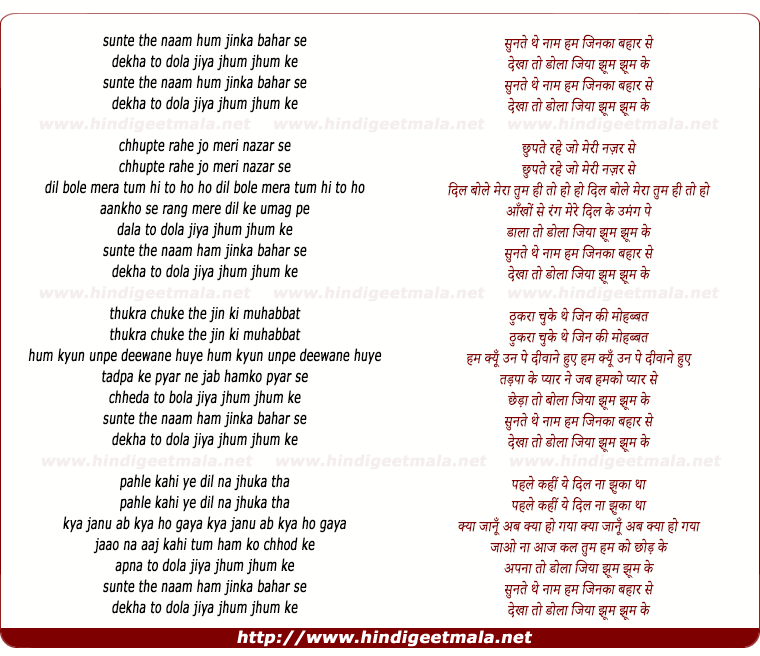 Comments on song "Sunate The Naam Ham Jin Kaa Bahaar Se"
orientlover1 on Saturday, May 07, 2011
Vijaylaxmi was a tall woman and quite attractive. She also appears in movie Pakeeza in the role of Bibban which was probably her last film. I would like to know more about her life. If anyone can provide her biography.
orientlover1 on Friday, May 06, 2011
Does anyone know where is Vijaylaxami now? Is she still alive?
Rmehtacpa on Sunday, May 17, 2009
While massive orchestra was a wholemark of S.J. in their prime, listen to
this one of their early days with few instruments (compared to later ones)
having no less of an impact...that is how they were gifted with the
art of creating a tune, rytham and recording of the song they wanted to
bring out in a specific form... Rm


Jamie Kaur on Sunday, August 22, 2010
Wow! what a romantic song. i never saw Raj Kapoor looking desirously to any
woman as he is doing to her. It seems as if he is really allured by her.
why we are lacking this kind of magnetism in today's men? Miss you Raj
Kapoor.

akarshik on Wednesday, March 26, 2008
one cannot forget to pay great tribute to lata jee who sang so nicely that
one likes to listen again and again. Really lata jee is the great asset of
Indian bolywood. Unforgettable melodies of Lata jee . 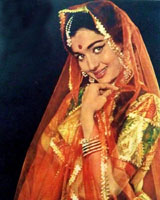