Video of this song from youtube
Average Rating : 4.46
Total Vote(s) : 54
Please rate this song between 1 star and 5 stars (5 stars being the best). Just move your mouse on the stars above and click as per your rating. Your rating will really help us to improve our website. 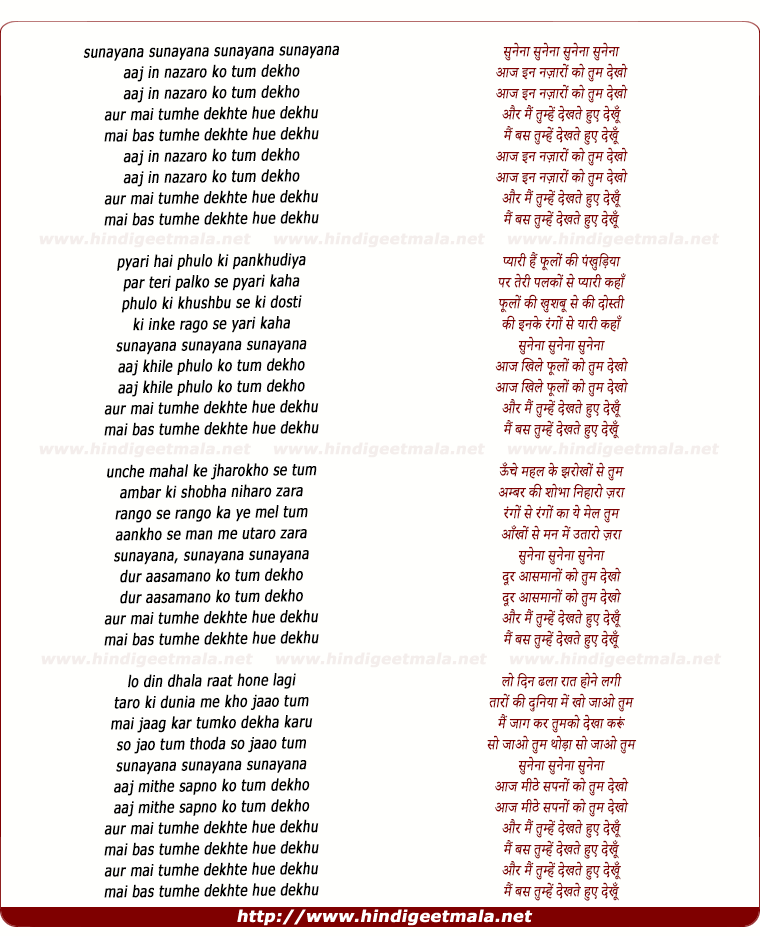 Comments on song "Sunayanaa Aaj In Nazaaron Ko Tum Dekho"
Ahmerarifkhan on Monday, October 18, 2010
One of the classic melodious song, sung amazingly, sound is outstanding & lyrics are awesome. Naseeruddinshah... nothing to say abt him... he is a legend... look at his performance...i like this song
dangerouslydead on Monday, August 10, 2009
Yesudas did not sing more in hindi because he did not feel the need for a
Bollywood stamp and rightly so. Mohanlal never tried to become a superstar
in North but is respected by people in remote parts of Bihar too... And
Vinod, can you take the idea that we Hindiwalla wanted to listen more of
Yesudas too or do you think just because I am a hindiwalla I must be lying
because I am a bad person, an evil person who cannot speak truth to the
southwalla?

ctlondonbowroad on Wednesday, December 24, 2008
I listened this song on my child hood now again listened this song i feel a good heartfeeling. Thand for upload to this beautiful song. A beautiful song with beautiful voice & lyrics.
radil505 on Sunday, January 25, 2009
Zarina Wahab again. A Rajshri favorite. The movie 'Sunayna' was'nt great
but this song is good. One of my childhood melodies. Where r the melodies
in today's Bollywood songs.