Video of this song from youtube
Average Rating : 4.00
Total Vote(s) : 9
Please rate this song between 1 star and 5 stars (5 stars being the best). Just move your mouse on the stars above and click as per your rating. Your rating will really help us to improve our website. 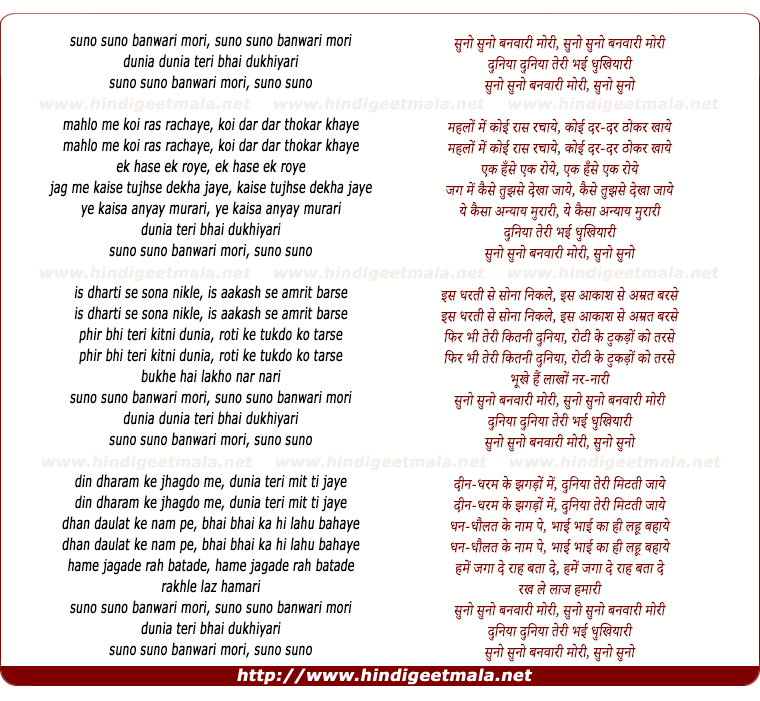 Bharat Gul on Thursday, July 26, 2012
A bhajan sung in full emotional accord with the plaintive plea of the
words. And despite the sad content, the effect is beatific on the listener.
Thanks, Ajay.

rumahale on Thursday, July 26, 2012
Rich lyrics and soulful rendition by Geeta Roy. Never heard before. Thank
you for the rare gem with video presentation.

vinaypande on Thursday, July 26, 2012
lovely song. i had never heard it before. unfortunately it cuts off at
2:11. could you upload again? tx