Video of this song from youtube
Average Rating : 4.09
Total Vote(s) : 236
Please rate this song between 1 star and 5 stars (5 stars being the best). Just move your mouse on the stars above and click as per your rating. Your rating will really help us to improve our website. 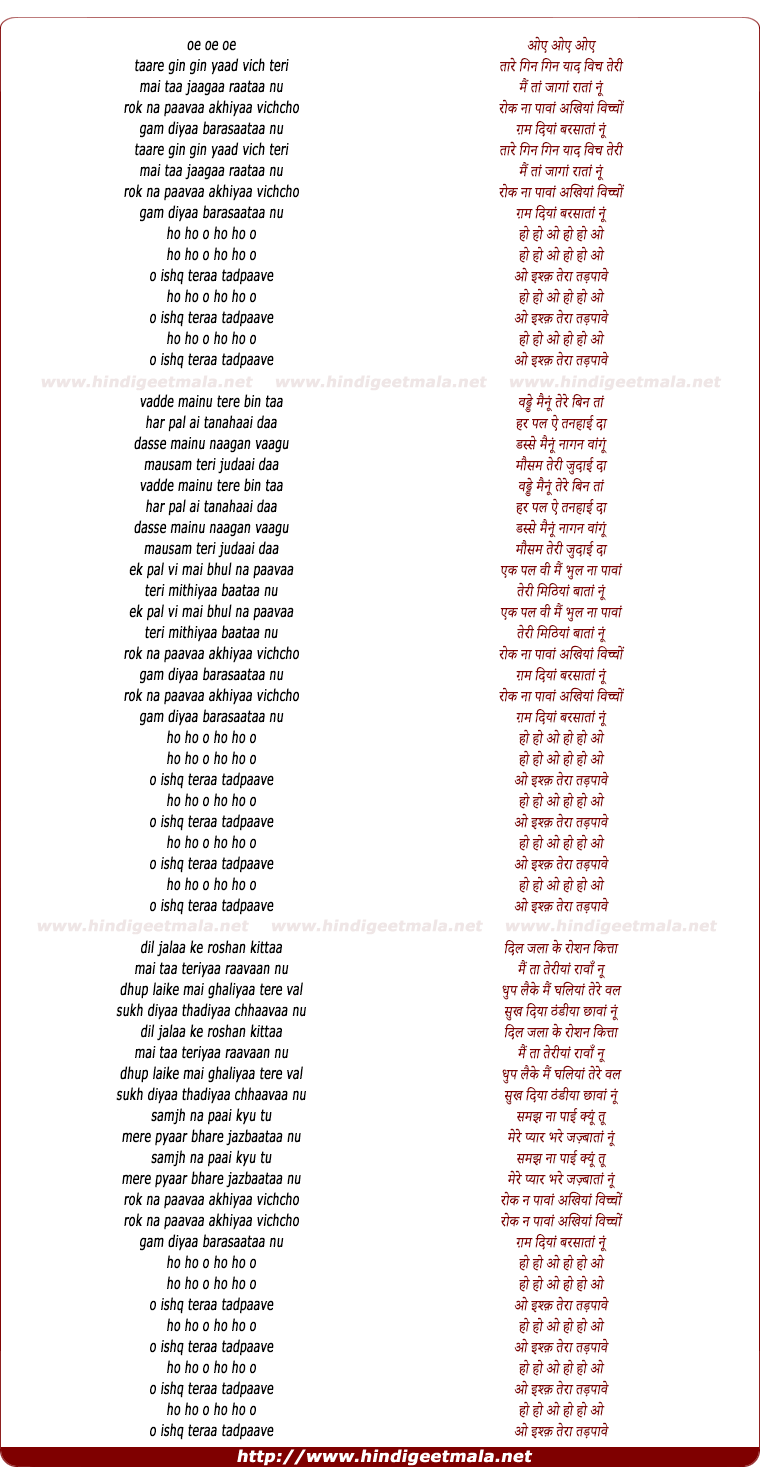 Comments on song "Taare Gin Gin Yaad Vich Teri, Ishq Teraa Tadapaave"
Sher Khan on Monday, August 15, 2011
totally makes u wanna dance. Whenever at a wedding back in India or just
out in the neighborhood this song would blast out loud.just made u wanna
bust out some moves.

Atomic Molte on Sunday, July 07, 2013
horrible. money makes the girls fools. kareena slapped a senior news
reporter in a meeting. she is trying to be smart. i found this clip here
>>> bit.ly/13s1xnE?=ckekm

Rishmit Randhawa on Sunday, October 11, 2015
Im telling you, this is a song where my grandchildren will be dancing to it
in night clubs. YOU BETTER MARK MY WORDS.
it is that evergreen!﻿

tanzima ali on Wednesday, November 04, 2015
Seriously only 90's children knows..how this song means lot to us.It
reminds all the memorys of those beautiful days.﻿