Video of this song from youtube
Average Rating : 4.38
Total Vote(s) : 24
Please rate this song between 1 star and 5 stars (5 stars being the best). Just move your mouse on the stars above and click as per your rating. Your rating will really help us to improve our website. 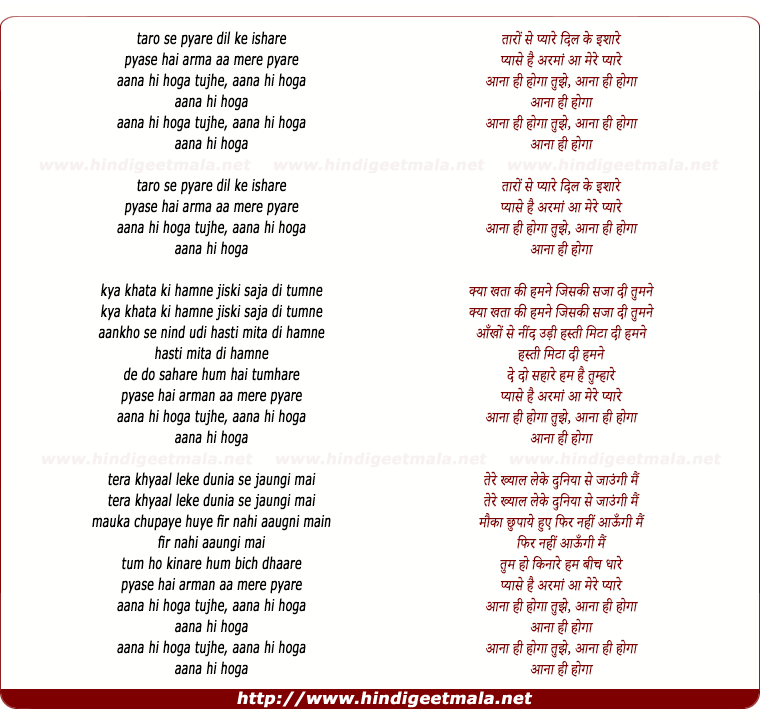 apoorva bhatt on Wednesday, September 26, 2012
Mr. Sartaj you should be really crowned with a Bharat Ratna award. for this
upload. On reading this title I was forced to subscribe and write this.
This is not in VCD. Only a relative of Jaikishan can give such gems. In the
same movie Mukeshji has sung a " Doha of kabir ". Not on HMV record. See if
you can upload and make me reel under a heavy obligation. Thanks

hira1ft on Wednesday, August 03, 2011
I am hearing this for the first time, must have been a big hit, when released in 1961. Sharda had a sweet girly voice.
ind paedia on Friday, January 09, 2015
version by Mukesh Ji is more famous.? Yes, because all of Sharda's songs
were chopped off the film (under external pressure). Her versions were far
more haunting than Mukesh's, great as he was. Tum ko sanam pukare + tumhari
bhi jai jai + this one﻿

Neeraj Mittal on Friday, September 24, 2010
Thanks for uploading this wonderful and extremely rare song. I had not
heard it since possibly early seventies. In case you have Sharda ji's other
song from Deewana "Tumhari bhi jai jai" please upload.