Video of this song from youtube
Average Rating : 4.33
Total Vote(s) : 489
Please rate this song between 1 star and 5 stars (5 stars being the best). Just move your mouse on the stars above and click as per your rating. Your rating will really help us to improve our website. 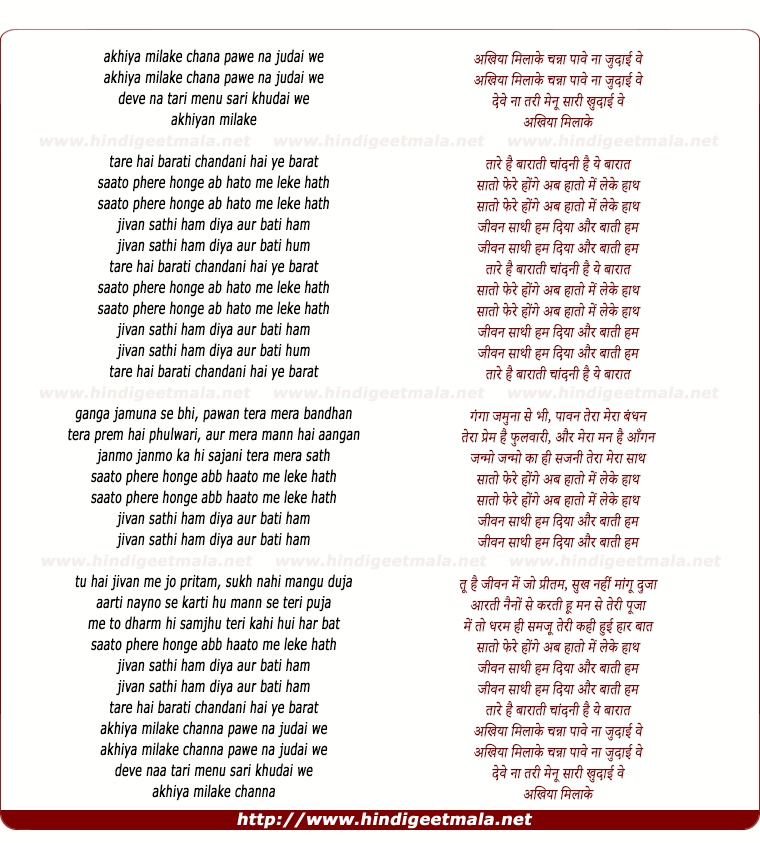 Comments on song "Tare Hai Barati Chandani Hai Ye Barat"
sundeep kumar on Thursday, May 15, 2014
My most favorate song ..look at the eyes of pooja (0:06 to 0:24) how she
looks at anil ,how may dreams about to come true in her eyes,Great work of
Anu sir No words to say .. its written by Javed Akhtar ,wonderful
imagination Tare Hai Barati,Chandani Hai Yeh Barat
Saatho Fere Honge Abb Haatho Mein Lekar Haath, Jeevan Saathi Hum Diya Aur
Baati Hum ...wonderful comparison between relationship of diya and baati
and jeevansathi (husband and wife) ﻿

WaqtKate on Wednesday, July 15, 2009
first of all, there's a HUGE difference between anu's paylay chummun and
the illyraja original. The hindi version won a national award for chitra,
and the music is overall diffrent. Only two lines are used from the
original illyraja version and the chic chich chcich noise, otherwise the
music is original and overall composition. Do you guys actually listen to
the full songs before making your crude judgments?

Shiksha kapoor on Thursday, July 02, 2009
I agree completely with you vishy. Anu malik is a chor never can compose an
original tune. The rights to remake this moviie were purchased and anu took
the credit for the beautiful and original composition of ILLAIYARAJA. Anu
Malik can never compose something like this in his life time. He can only
compose silly stuff like OONchi hai building, lift teri bund hai, etc

radonpq99 on Sunday, August 08, 2010
What at a tapestry of colour and emotions if a song is ever a work of art
then this one is surley going to be right there at the the top. The song
pretty much sums up this powerful fim made without compromise. Thanks for
all those who poured thier heart and soul in the beautiful lyrics,
enchanting music, mesmerising backdrop and spectacular picturisation.

Mohit Sharma on Sunday, May 03, 2015
It still baffles me that this is Anu Malik composition... FTR
either it's the biggest lie he's ever told or there r 2 dffrnt Anu Malik.
This is the 1 of the very few best albums of his entire career other than
Fiza and Refugee. Why can' he make more albums like these; it clearly seems
that he dfntly has talent.﻿