Video of this song from youtube
Average Rating : 4.29
Total Vote(s) : 14
Please rate this song between 1 star and 5 stars (5 stars being the best). Just move your mouse on the stars above and click as per your rating. Your rating will really help us to improve our website. 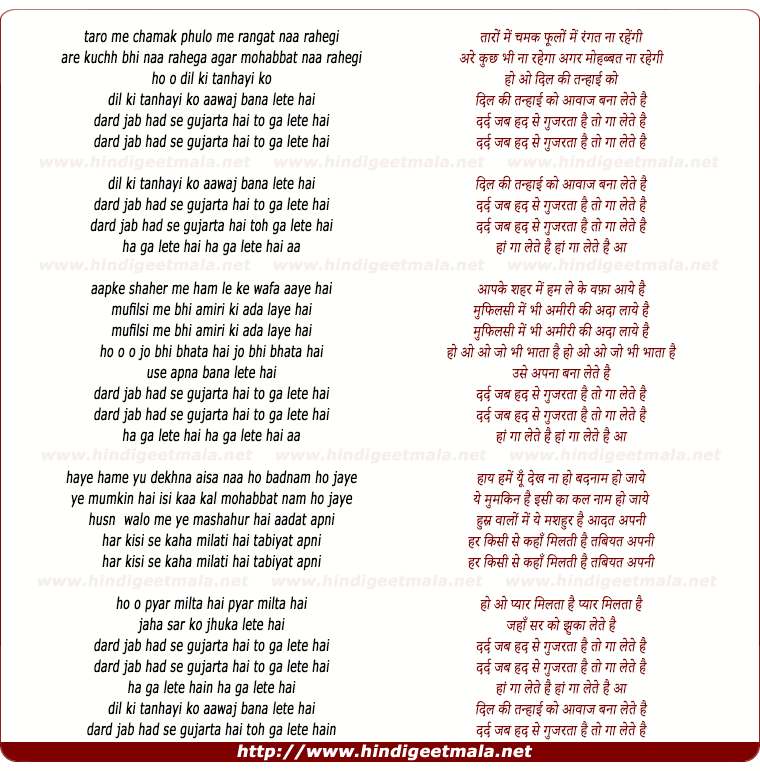 Comments on song "Dard Jab Had Se Gujarta Hai"
linox743 on Friday, June 03, 2011
it is just that if you love some one so intensely and that some one is only
see u as a time pass,,,,it really hurts a lot,,,,,,,and pain is just never
ending.never play with some one's heart.god is there who sees
everything..and that some one will be accountable to
god..but the biggest thing is to forgive...and i have
done the same...forgive the person who have hurted u...

I Realii Love This song!!