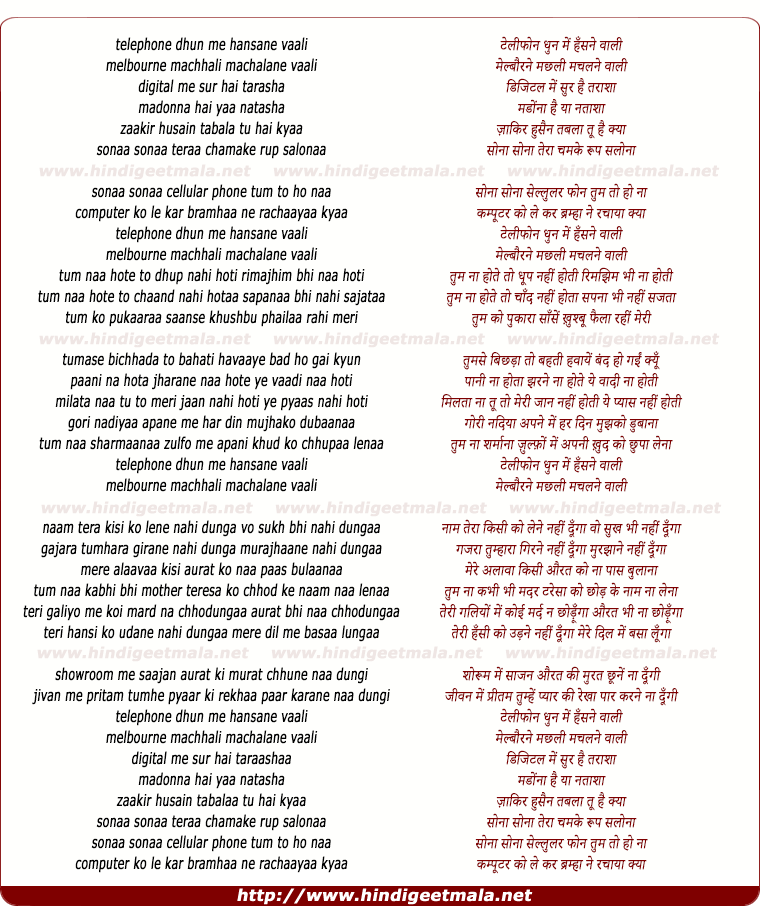 Comments on song "Telephone Dhun Me Hansne Vaali"
krisluv04 on Sunday, May 13, 2012
In case you did not realise, the beat is a copy of Ace of Base "All that
she wants" - youtube it and you will hear the similarity!!!

Possumfaced on Thursday, August 02, 2012
What is it with the way architecture/ space is used and the way women are desired in our films?? Weird, but fascinating!
BossDogginFPS on Thursday, March 19, 2015
This is what happens when you translate song from South Indian language to
Hindi by A.R Rahman. ROFL﻿

idrismetalcore on Tuesday, October 04, 2011
nice song nice video, even though i heard terrible things about manisha,
Divya Nair on Wednesday, August 21, 2013
And how about people in the west who "jerk off" to Hindi songs? :P
View all 11 comments related to song Telephone Dhun Me Hansne Vaali
Popular Links on HindiGeetMala