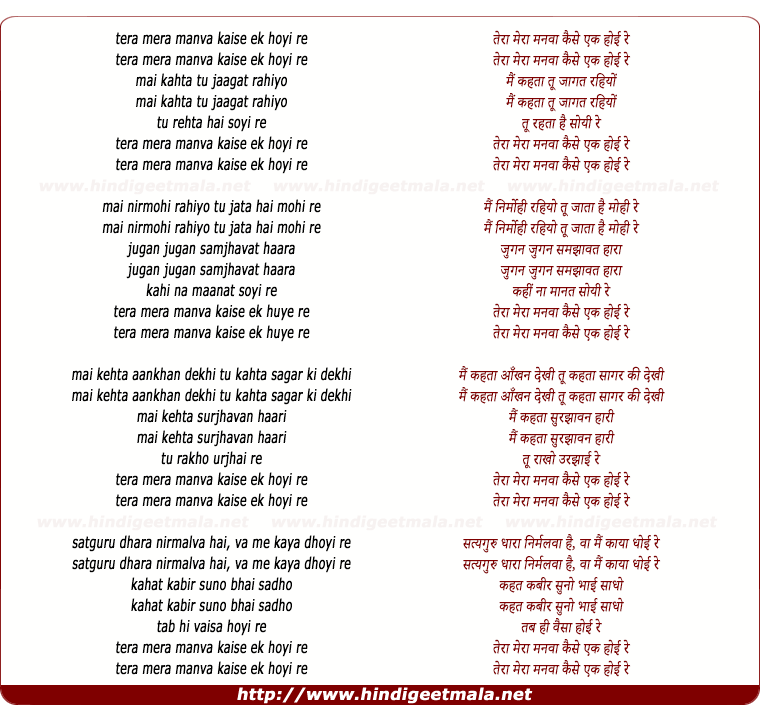 Aditya Pant on Tuesday, January 04, 2011
This song is not from Lekin. It is actually a non-film song, altthough it
was included in the Lekin CD as an extra.

asheemishra on Saturday, December 17, 2011
yes, u r ryte aditya. this is a non filmi song,actully this is from the searial of DD1 named phoolwanti. well jo bhi ho.. this is such a nice song of lata mangeshker.. actuly these r dohe of kabeer...
Sandeep Arun Joshi on Wednesday, December 25, 2013
can some one please write the second stanza and the third one and also let
me know the meaning . i can understand the first one but not the other two
,which i am really keen to know﻿

wishesnhopes on Sunday, April 07, 2013
Main kehta surjhawan hari, tu raakhyo urjhaai re. wow.. what a remark
on the mortal beings.. one who understand will sail thru and the
rest... no respite.