Video of this song from youtube
Average Rating : 4.07
Total Vote(s) : 309
Please rate this song between 1 star and 5 stars (5 stars being the best). Just move your mouse on the stars above and click as per your rating. Your rating will really help us to improve our website. 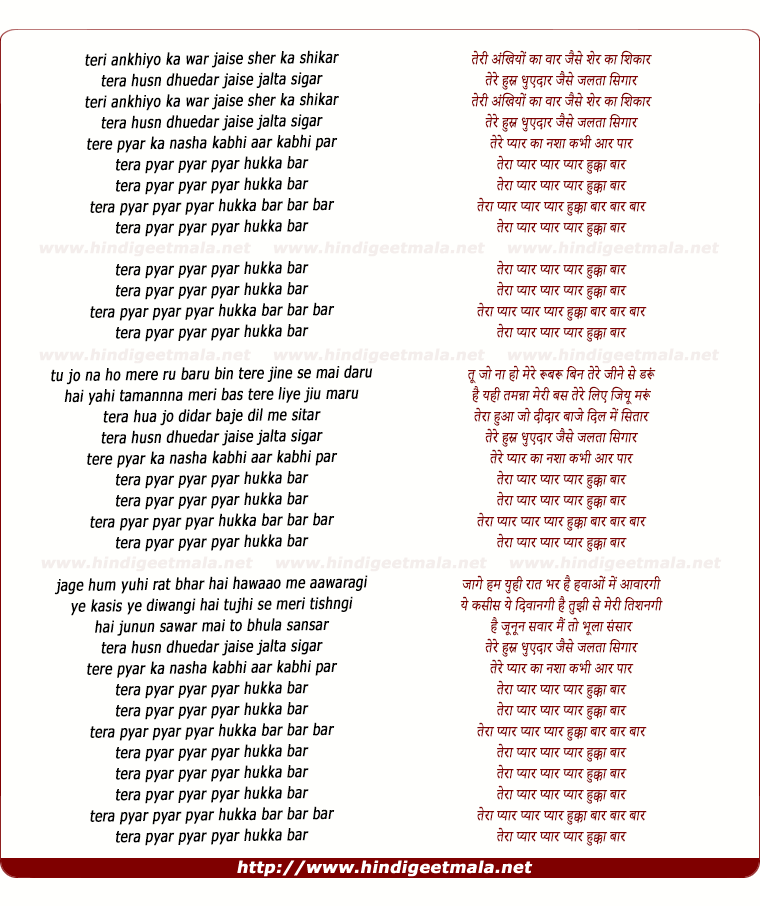 Comments on song "Tera Pyar Pyar Pyar Huka Bar (Remix)"
Anurag Sen on Sunday, December 30, 2012
Yes sir it is the official remix so it has to sound professional.. there is
another edit that came out in the CD thats also ours but it doesnt have
ambient sounds coz they wanted straight up dance mix.

Dhananjay Somani on Saturday, January 05, 2013
Thanks man.. Its an interesting mix: Romanian House wrapping the lyrics,
with a twist of a simple Dubstep kick and snare + bass at the end.. Very
impressive sir!!! What software did you use for this?

Anurag Sen on Sunday, December 30, 2012
Dude.. this Music is mine and is totally original not coppied from any of
the mentioned artists .. This remix was done officially for Mr Himesh
Reshamiyya ..The Genre is Romanian House! :)

Anurag Sen on Sunday, May 19, 2013
thats played by me on the accordian..
its original.. why do u people assume that Indians just rip off tunes from other songs ?? The remix is more Original than the original :P