Video of this song from youtube
Average Rating : 4.12
Total Vote(s) : 447
Please rate this song between 1 star and 5 stars (5 stars being the best). Just move your mouse on the stars above and click as per your rating. Your rating will really help us to improve our website. 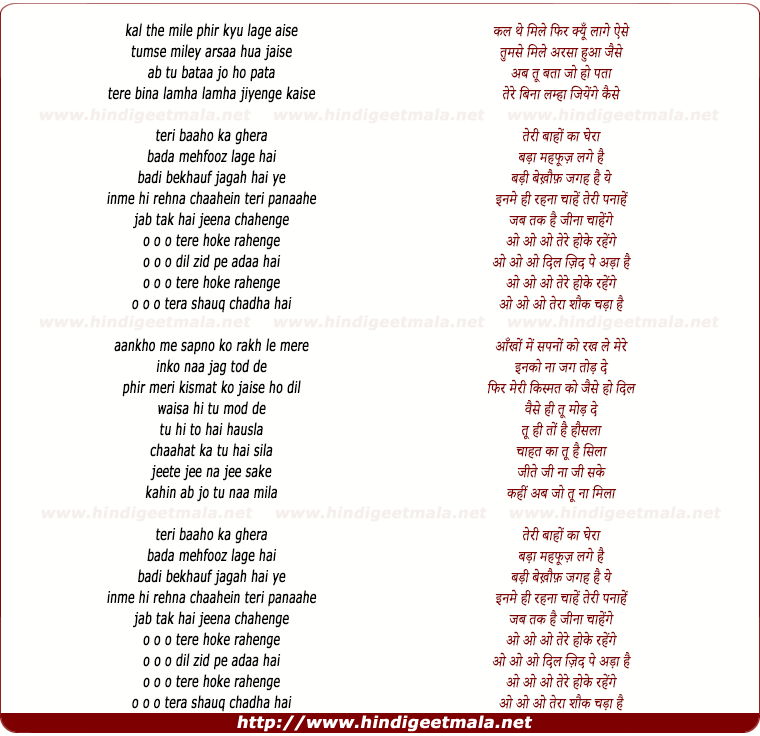 Comments on song "Tere Hoke Rahenge (Reprise)"
Zaara Hayyat on Monday, January 26, 2015
Altough I hate the fact, she is wearing such clothes and kissing him and
doing alll that stuff...I have to admit, it's done more tasteful than Veena
and Meera and co. did it...I hope, she will not end up as a star on ONLY
bold movies, but will find a balance.﻿

Nadim Hassan Hera on Monday, February 16, 2015
luv this item number! it's Awesome..
Best Raja... Best Rani # I want to see both together in another film ﻿

sumit chahar on Tuesday, March 24, 2015
This Movie was promoted so badly that half the people I know don't even
know this song exists. ﻿