We will add as soon as the video of the song is available.
Average Rating : 4.33
Total Vote(s) : 12
Please rate this song between 1 star and 5 stars (5 stars being the best). Just move your mouse on the stars above and click as per your rating. Your rating will really help us to improve our website. 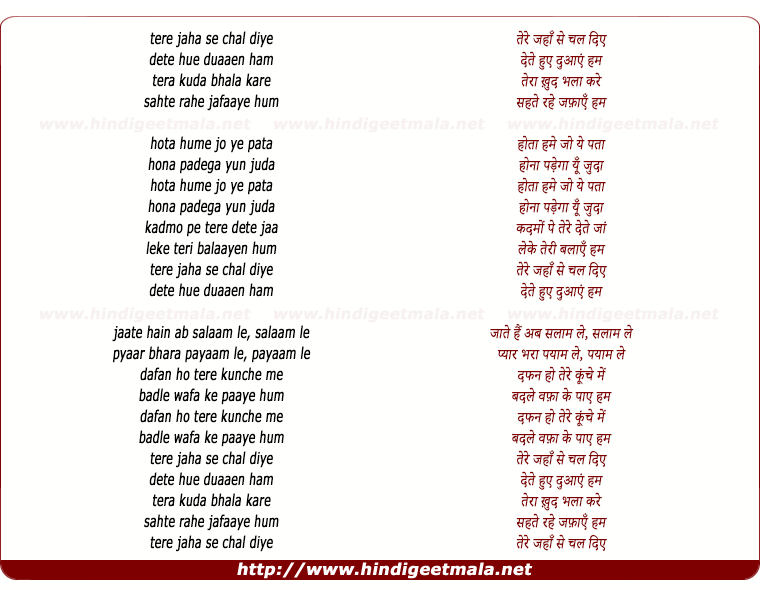 amrutvani2 on Wednesday, November 24, 2010
Thanks for a great song The same song is also sung by Kishore Kumar
surprisingly under the baton of all time genius Sajjad Hussain. I wish
someone has the original vdo of these songs. Harish

Muzaffar Ali on Friday, September 02, 2011
Ajay u r great man and u did good job for all burned up ashiq this duuniya.
who will listen And tears up. CH MUZAFFAR ALI FROM NEW YORK USA