Average Rating : 3.62
Total Vote(s) : 13
Please rate this song between 1 star and 5 stars (5 stars being the best). Just move your mouse on the stars above and click as per your rating. Your rating will really help us to improve our website. 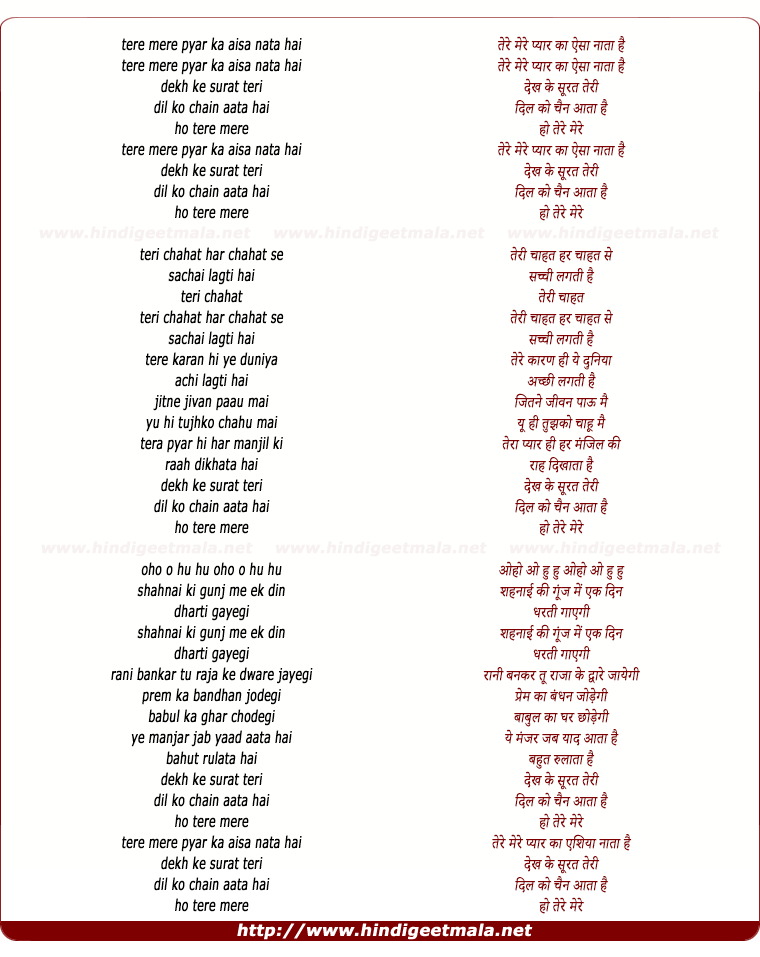 Comments on song "Tere Mere Pyar Ka Aisa Nata Hai"
madan vaid on Thursday, November 20, 2014
lovely & v.rare song of kishoreda .its far better than the version of other
singers. thanks for this rare gem﻿

chn484 on Thursday, September 20, 2012
kishore da left us in 1987 with 161unused songs, one of them is this one ,
could anybody find this magical voice somewhere, we are trying for 25 years
but coudn't get yet and will never..

faisal1rao on Sunday, August 11, 2013
watch?v=NS8khRw90Hs ... listen both of them then decide. mehdi hassan
had the best heart touching voice in the whole world.. he was not a
singer but a ghazal maker

ednan9 on Sunday, March 31, 2013
Kishore sahib was great but this song was sung by ustad mehdi hasan...he
was great too