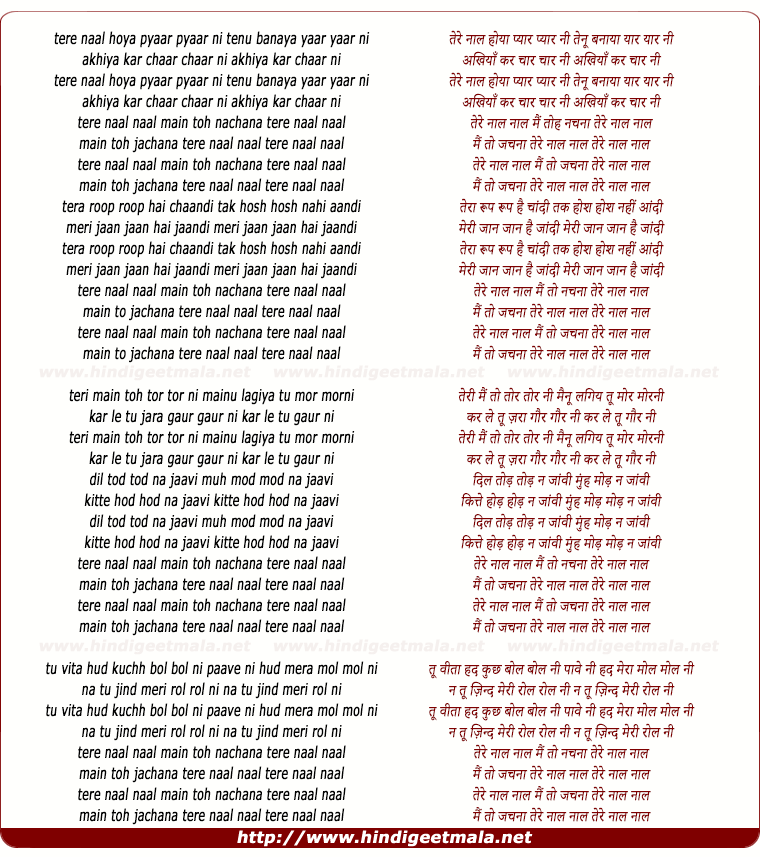 Comments on song "Tere Naal Nachna"
pogularocky on Monday, September 14, 2009
It has been the case since before our independence... educated people
exposed to western culture adopt some traits... as far as films and music
videos go... they r exaggerated... real India is not that westernized...
atleast not yet :)

LeoDemon on Friday, March 13, 2009
LOL... apparently me too...btw she is Rachna Maurya hot item girl from
south indian cinema.. i love the part she danced after she pick up sukhbir
from ground .. there i think she danced well.

Slythe Rani on Thursday, December 18, 2008
I think the girl is pretty but I don't like the way she dances... it seems
like she's trying too hard to move gracefully that it throws her off. But
the song is hella good :]

i think she was dancing hard and was not in peace.

The beats are soo strong. This is my favrioute panjabi song, posibly asian as well.

gsathyu on Thursday, March 11, 2010
Oh well, I'll be damned...Ash Saini is right..that is Rachna Maurya..just looked her up. She looks sooo much like Simran in the video its uncanny!
View all 108 comments related to song Tere Naal Nachna
Popular Links on HindiGeetMala