Average Rating : 4.20
Total Vote(s) : 5
Please rate this song between 1 star and 5 stars (5 stars being the best). Just move your mouse on the stars above and click as per your rating. Your rating will really help us to improve our website. 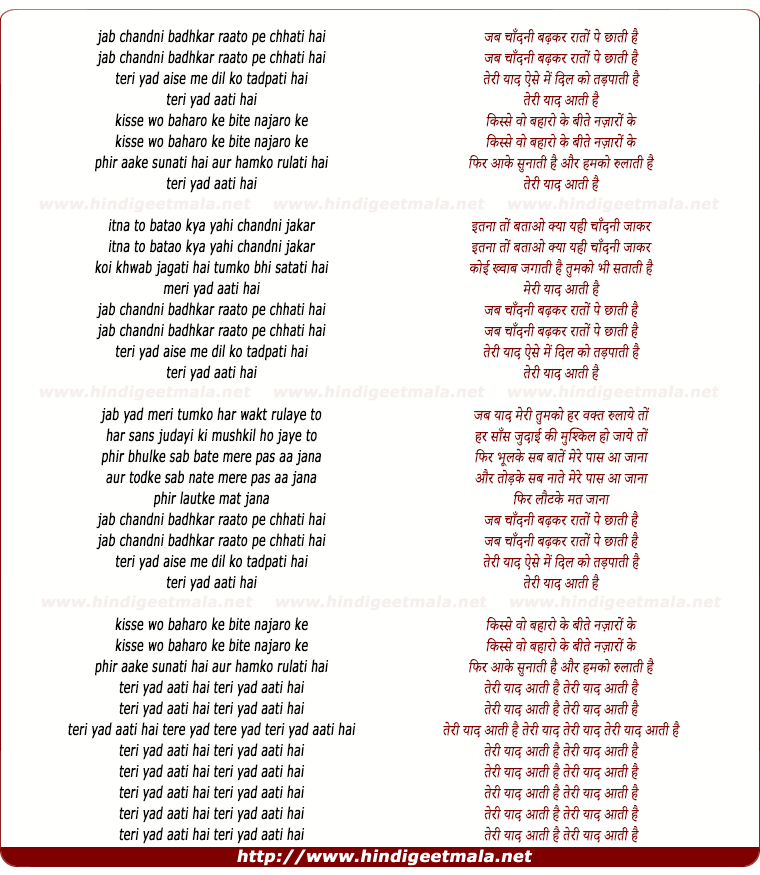 Comments on song "Tere Yad Aatee Hai"
vijay123sva on Thursday, March 10, 2011
@chshahid2k
lolzzz... he is from Tamil.. dont pass out wrong information buddy.. He did his first movie 'Alaipayuthey' under the direction of the legend Manirathnam saab, which went to to be a blockbuster. Remember Saathiya? its a remake of 'Alaipayuthey' enacted originally by Madhavan... He gave another blockbuster named 'Minnale' and again got remade in hindi as 'Rehna Hai Tere Dil Mein'...

pskp31 on Saturday, September 27, 2008
sorry. a busy schedule, so took a little time to chk youtube after months
today. thanks..