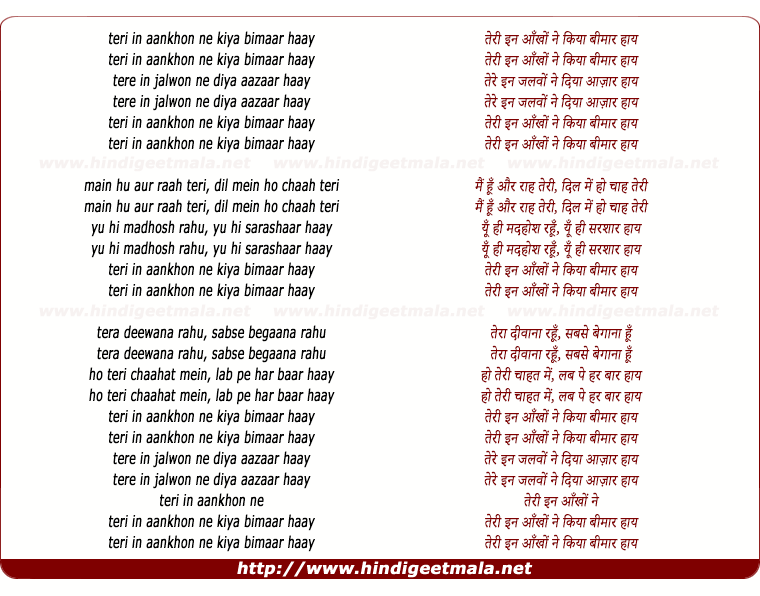 Comments on song "Teri In Aankhon Ne Kiya Bimaar Haay"
Shalin Bhatt on Tuesday, February 21, 2012
This is the soundtrack version, right? I have another version which is a
bit faster, I don't know if it's due to the rate or not. I'm not really
sure, but there's another user who has posted up yet another version of
this song (different from this and the one I have), and the singers sound
different. See this link at /watch?v=DZ5RU6BxIn4 The one I have isn't
uploaded here.

Colonel Rao on Tuesday, September 27, 2011
An excellent vintage duet by great Surendranathji and Wahadan bai. This
film was very popular and was made in Punjabi language with similar songs.
Thanks for posting this duet. Kindly post the song Dilka saaz bajaye ja...

TheEvergreenclassics on Monday, December 10, 2012
R/SIr, if u agree i will post it Dil ka saaz bajaaye ja" by Surendra and Waheedan bai to u as i have the same song ..
REGARDS.