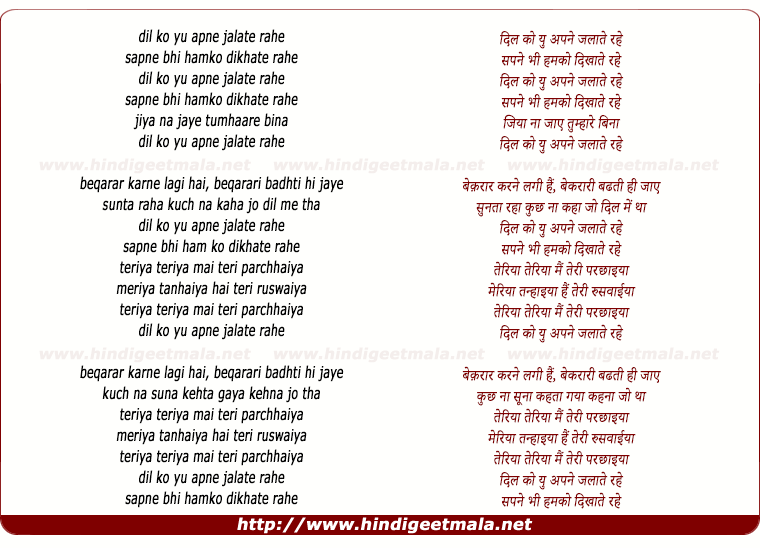 Comments on song "Teri Parchhaiyaan"
Hasham khalid on Saturday, July 09, 2011
@waqasyasin when did i deny abt Sir James Paul McCartney's greatness? u r
creating a storm in a tea cup my frnd...point is that almost every1 knows
abt the great beatles band but not many of us are aware abt the names of
those great musicians who were part of it...Sir James Paul McCartney's,
John Lennon, George Harrison, Ringo Starr , In this part of the world em
100 % sure that many of us are aware about the great beatles but we r'nt
aware about those great musicians who were part of it.

youngtarang2 on Monday, July 13, 2015
Ali Azmat is the true Rock star of South Asia, he is just a living legend
nothing else. and this song takes my heart and soul away. The video has
added meanings to the song, hats off to the video director Mr. Zeeshan
Parwez as well...this video has made me cry many times... Simple animation
has done the wonders which even the real actor could not have.﻿

beatle6833 on Tuesday, June 28, 2011
@emmindfreak i think 95% of da people here dun kno bout McChartney let
alone kno such an obscure song of his, probably da reason why ali chose to
cover it but still i was jus pointing a fun fact nd i lyk ali azmat by da
way.. peace : )

Hasham khalid on Sunday, June 26, 2011
@beatle6833 i did'nt knw abt that but still this is an amazing song...em
sure 90% of people here dont even knw abt sir paul Mccarthey.thanx to
ali azmat who atleast brang this amazing melody to our ears.. :)

youngtarang2 on Monday, July 13, 2015
The video director Zeeshan Parwez has beautifully covered the hazards of
Global warming and mingled it into the meanings of the song...﻿