Video of this song from youtube
Average Rating : 4.38
Total Vote(s) : 32
Please rate this song between 1 star and 5 stars (5 stars being the best). Just move your mouse on the stars above and click as per your rating. Your rating will really help us to improve our website. 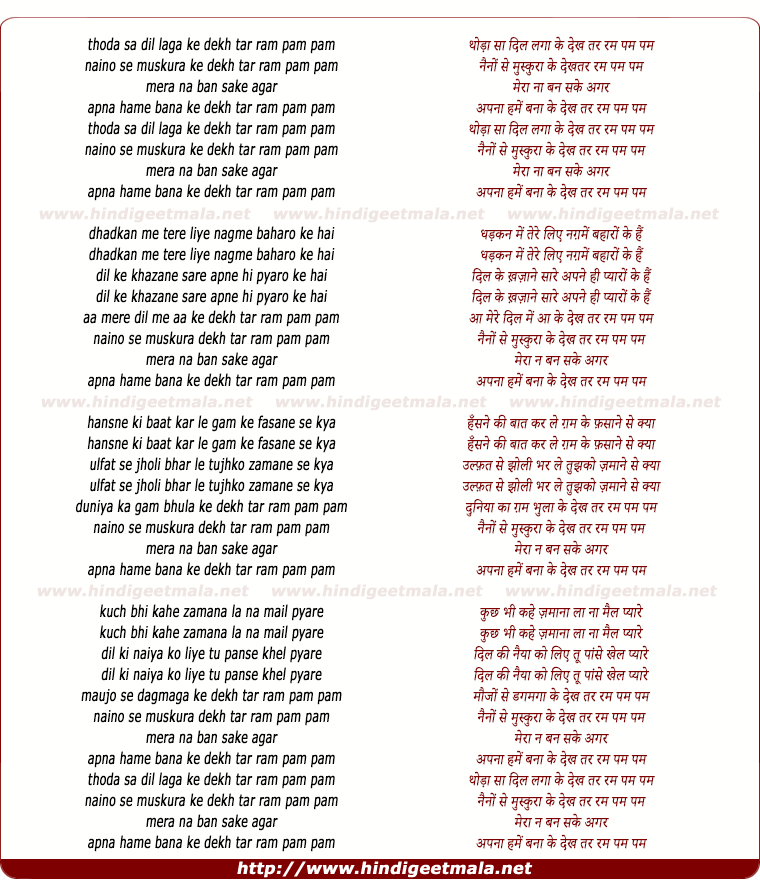 rumahale on Friday, July 11, 2014
+rumahale
I regret for mistake in mentioning the name of the female star as Shyama;
she was actually Shammi.
Credit also due to lyricist Majrooh Sultanpuri.
Thanks again for the wonderful presentation.﻿

vinayfound on Tuesday, March 24, 2009
Shyama? This is not Shyama. This is Shammi ji. Perhaps you would remember
her better as a grandmother in countless TV serials and recent movies. Look
closely at her face through the veil of time.

Dilip S. Coulagi on Wednesday, October 01, 2008
The Rafi refrain in this song is definitely inspired by an English song.
See the similarity of that and the song 'Kya Ho Din' in the film Nau Do
Gyarah (music by S.D.Burman)