Average Rating : 4.21
Total Vote(s) : 57
Please rate this song between 1 star and 5 stars (5 stars being the best). Just move your mouse on the stars above and click as per your rating. Your rating will really help us to improve our website. 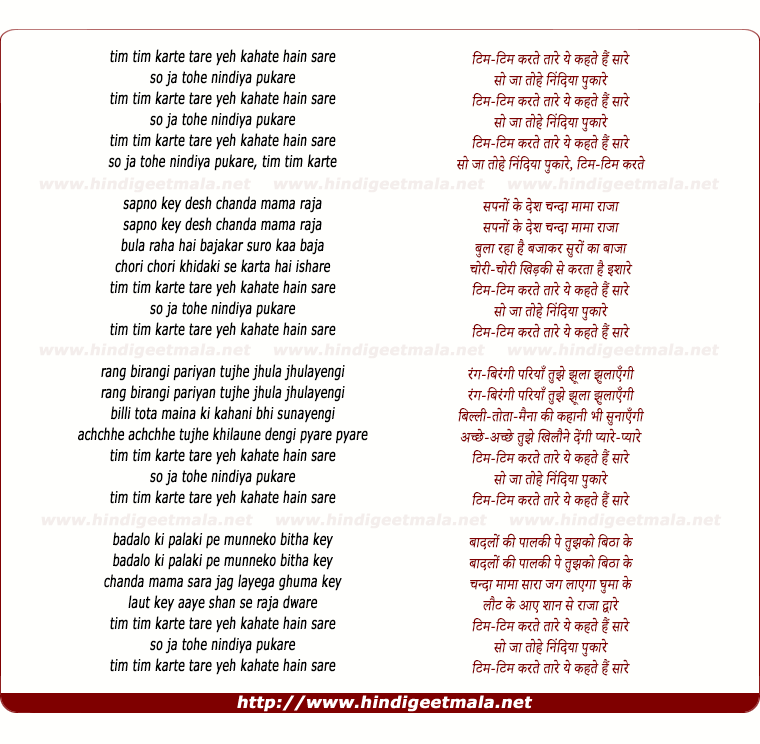 Our President has invited him to President's Palace for a special meeting too.
Unfortunately, I could not see him in person but seen on TV and many songs composed by him were played on TV and Radio, during his stay here.

V. Siddhartha on Thursday, April 29, 2010
@yuanyuanyuanyin It's worth adding , Yuan, that Lataji's nieces and nephews
adore her for the love they have always received from her. It's very
touching to read their warm tributes to Lataji in N.M. Kabir's book about
her. I bet she also sang some sweet lullabies to them when they were
toddlers.

V. Siddhartha on Thursday, April 29, 2010
MK's expressions and Lataji's voice are the epitome,nay, personification of
tender motherhood. Neither MK nor Lataji experienced motherhood personally,
but in such spaces they both brought their maternal instincts to the
fullest fruition.A sterling upload, Yuan.

jasbongy on Monday, December 14, 2009
Awesome. I juat love this song,as Lata ji sang it very very very
beautifully for very sweet Meena ji.10************* Thanks Ajay ji for your
beautiful selection of songs,for your hard work, love and dedication for
music.Bless you. Sarla Didi.

yuanyuanyuanyin on Thursday, April 29, 2010
- Thank you my dear Professor again for the nice comment with valuable information.
As I always used to say every where, these Greats are "gifts from God" to the world!
We are lucky to have heard their beautiful voices!