Average Rating : 3.85
Total Vote(s) : 52
Please rate this song between 1 star and 5 stars (5 stars being the best). Just move your mouse on the stars above and click as per your rating. Your rating will really help us to improve our website. 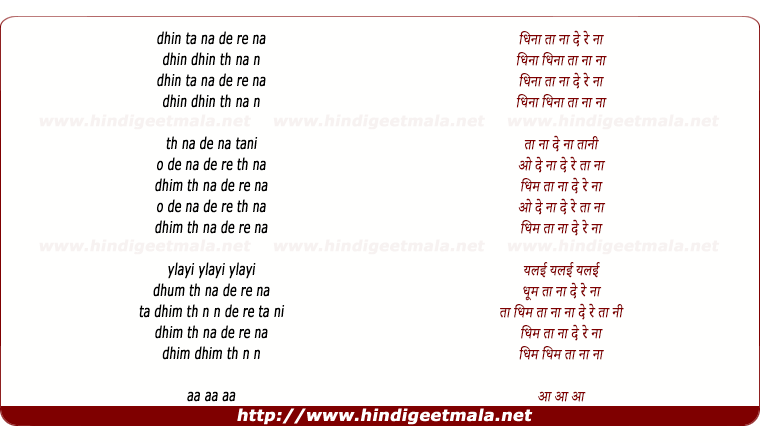 Comments on song "Title Music - Alap - Pakeezah"
shiva4ever on Thursday, September 24, 2009
This a great composition and ONLY Lata Mangeshkar could have sung the
tarana with so much life and character. What is absolutely stunning is the
dance sequence (danced by Padma Khanna?) which is a masterpiece of the very
height of Mujra of the early twentieth century Lakhnavi style. Pity that
could b not be uploaded. Still, very good to hear this music. Thanks for
the effort.

aramuskguy on Sunday, March 14, 2010
The music director of Pakeezah was Ghulam Mohammed. Naushad took over when
Ghulam Mohammed died before completing the music of the movie. I am not
really sure, but I think most of the songs were composed by Ghulam Mohammed
and Naushad probably scored the theme music and the background music.

babusquare on Tuesday, June 09, 2009
Only Naushad could compose this masterpiece. He is surely composer of the century. His background music in Pakeezah is on the top of film music in the world; he maintained the beauty of Indian music mixing European and indian instruments in the same orchestra, a unique talent.
speriencer on Friday, January 14, 2011
@MrAtulshah Absolutely right MrAtulshah. I'm actually looking for clips of that Anar Anar. Later in concerts, he did a murchana on the original Bhairavi and played it in Khamaj. That is great also, but I really loved the original too. Long live Khansaheb...
M. Saleem Raikodi Raikodi on Saturday, May 30, 2015
Just closed my eyes and listened to this jewel. I felt I was on a different
plane altogether. I could feel, my nerves in the brain opening up. No
wonder, Music is can be a healer for mental stress. Not those Atif Aslams
and Reshamias.﻿