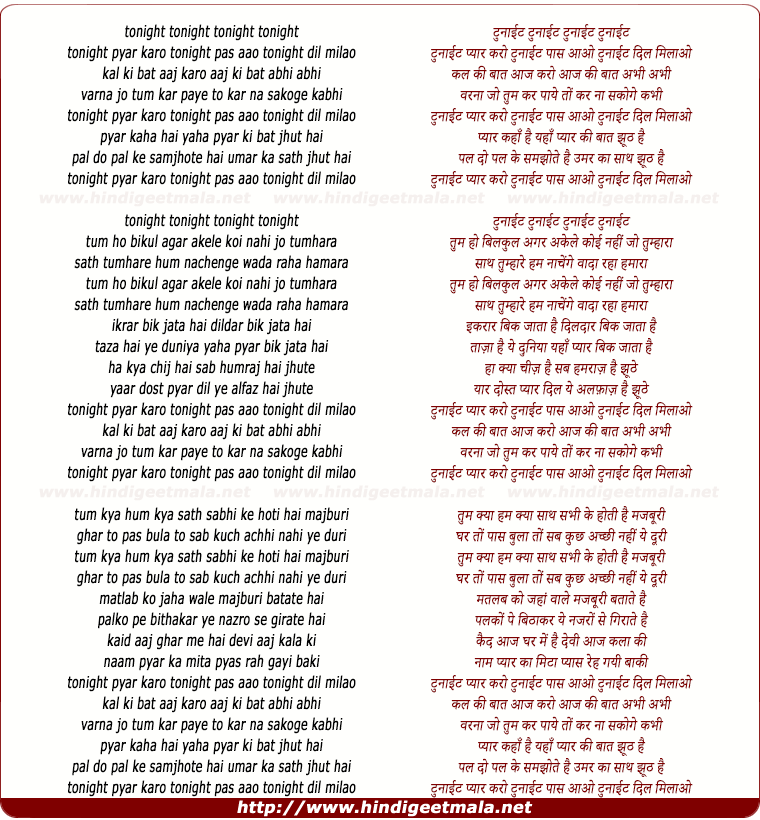 Comments on song "Tonight Pyar Karo, Tonight Pass Aao"
maskednil on Tuesday, November 10, 2009
stop arguing about religion n enjoy the song!!! love each other. after all
we share the same Mitochondrial Eve and Y-chromosomal Adam. check this fact
out on the internet.

Highguard1701 on Thursday, January 21, 2010
Judging from your spellings and verbage must be a third-rate slum university lol. Well I really dont care about what others do but since you asked I am a Computer Scientest holding a MS. Most probably I make more money in a month than you do in a year poor lecturer. And what makes me a Infidel? Just that I dont subscribe to your narrow-minded, ignorant and warped view of islam. People like you are the real scourge on the religion and no wonder a nut-case like you lives in the UK.
Highguard1701 on Friday, January 22, 2010
Yeah, yeah..lol and while you are at it use your so-called money to get yourself re-educated atleast in your majesty's language. Now run along as I have better things to do than waste my time on a retard and a intellectually lacking religious zealot of a fool like you.
wishbonelsa on Saturday, October 18, 2008
hey dude y dont u be original and stay back in bangladesh...y copy everyone
and come to london..atleast v have bollywood...wat do u guys have..allah
said if u cant speak good dont speak bad either...but u guys forget
that...only remember to marry 2 times..

Highguard1701 on Saturday, July 18, 2009
Very well said and you didnt offend me atall. What you said about my
religion is true...very unfortunate but true.