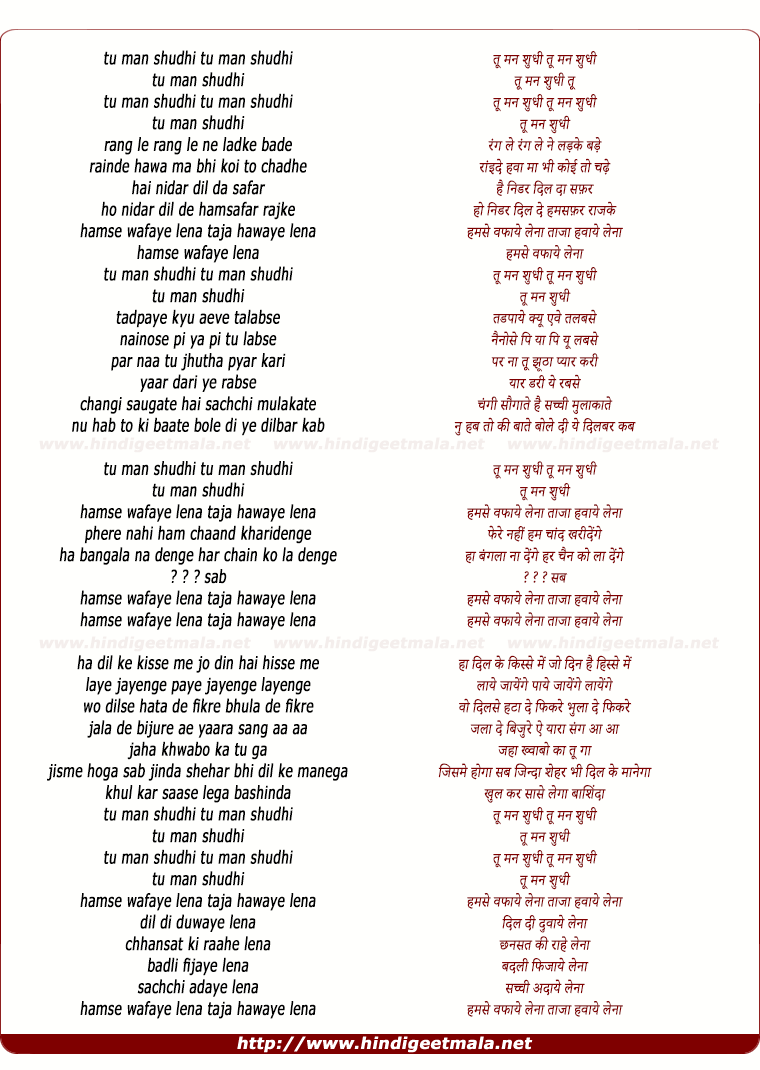 Comments on song "Tu Mun Shudii"
Sabith Mohammed on Wednesday, May 29, 2013
A R Rahman really magical came back strongly after his last & one & only
flop album JTHJ @dhanushkraja @sonamakapoor

aliboy881 on Wednesday, May 29, 2013
Awesome song. But I doubt whether this will be a hit song..people these
days prefer dumb catchy songs

artemisqueen2 on Sunday, June 02, 2013
Songs become more beautiful when you add the language of Dari to it, the language of the Afghans.
Kenny G on Friday, May 31, 2013
I don't know whether you have seen abhay's movies, but I've seen all of them after watching him in Dev D. In shanghai, he enacted a typical Tamil brahmin IAS officer which was extremely good and cannot be done by any Tamil actors so well.

He is the most underrated actor in bollywood...But ,he's one of the best actors Bollywood had ever produced. Don't be cheap!


Msg Irfan on Thursday, May 30, 2013
Terey layee hum chaand khareedengey Haan, banglaa naa dengey Par chain ko
laadengey Sab aundey saanu ahoje kartab ni We shall buy the moon for you We
won't give you a bungalow But we will bring peace We are familiar with such
ways Humsey wafaayein lenaa Taazaa hawaayein lenaa Take faithfulness from
us Take fresh air from us Too mun shudoo tu mun shudi Mun tu shudam too mun
shudee