Video of this song from youtube
Average Rating : 4.06
Total Vote(s) : 122
Please rate this song between 1 star and 5 stars (5 stars being the best). Just move your mouse on the stars above and click as per your rating. Your rating will really help us to improve our website. 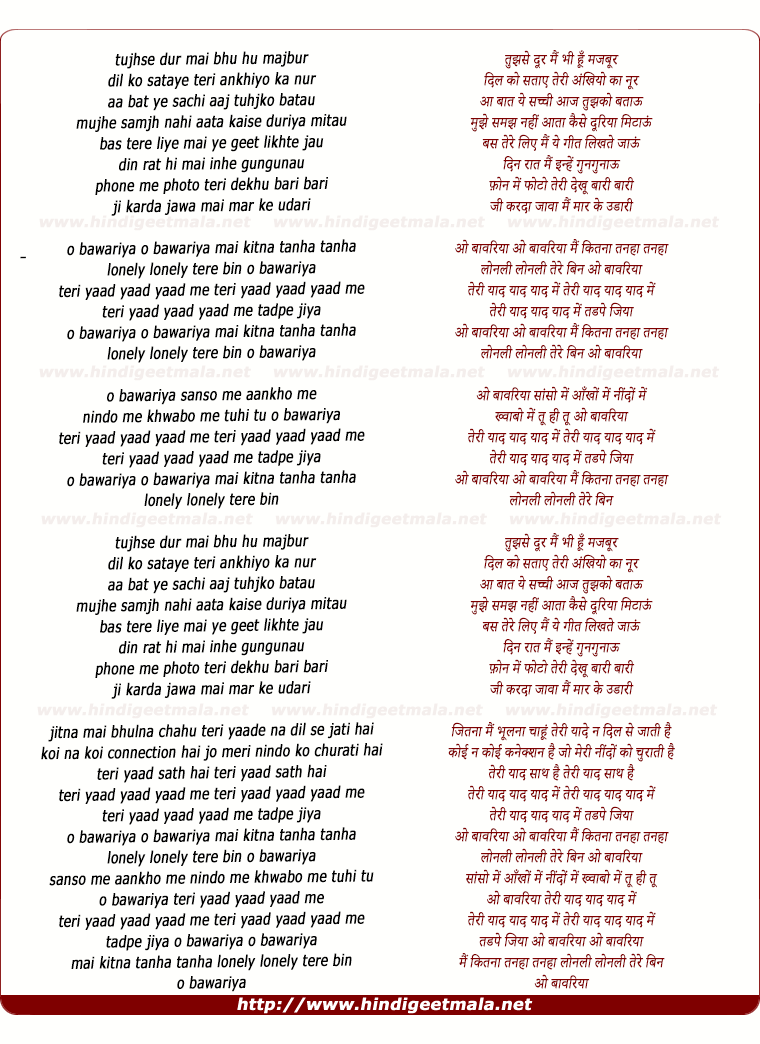 Comments on song "Tujhse Dur Mai Bhi Hu Majboor (Lonely)"
Diana Sanchez on Sunday, November 25, 2012
I may push all the wrong buttons here but oh well...yea when I first heard
this song I thought the same thing...Mr. Saxobeat...but that wasn't such a
big deal to me...that might have helped in me loving this song...I don't
think of it as copying...as a fan of hip hop/rap where this happens a lot,
I think of it as sampling...Also, I'm weird in that I find HR's voice
annoying but can't make myself not listen to it (well only certain
songs)..lol...PLUS I love Akshay!!! So yea I LOVE this song!! :)

Kazador on Wednesday, August 21, 2013
lol. Is this some sort of attempt at a 'comeback'? Aw, how cute. Where does
it ever say that I didn't understand what you said? I understand. I was
just telling you to type properly. Seriously though, work on a better
comeback next time, yeah? One that at least makes sense.