Average Rating : 4.26
Total Vote(s) : 47
Please rate this song between 1 star and 5 stars (5 stars being the best). Just move your mouse on the stars above and click as per your rating. Your rating will really help us to improve our website. 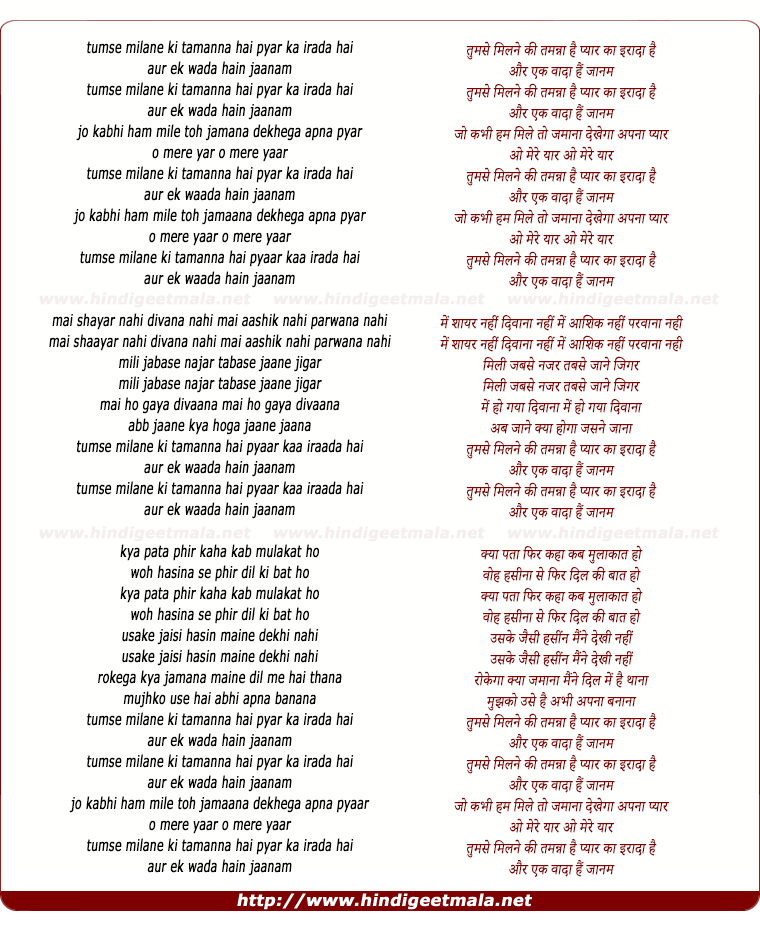 kessaven on Wednesday, August 26, 2009
well said not only is he great in Hindi ,he is a legend in Tamil esp his
combo with Kamal Hassan and Ilayaraaja He is a very good actor too!!

Samia Ahmad on Tuesday, February 17, 2009
i heard this song after years...and yet the lyrics came out of my mouth so
easily...thats how amazing these old songs are. u never forget :D