Video of this song from youtube
Average Rating : 4.16
Total Vote(s) : 81
Please rate this song between 1 star and 5 stars (5 stars being the best). Just move your mouse on the stars above and click as per your rating. Your rating will really help us to improve our website. 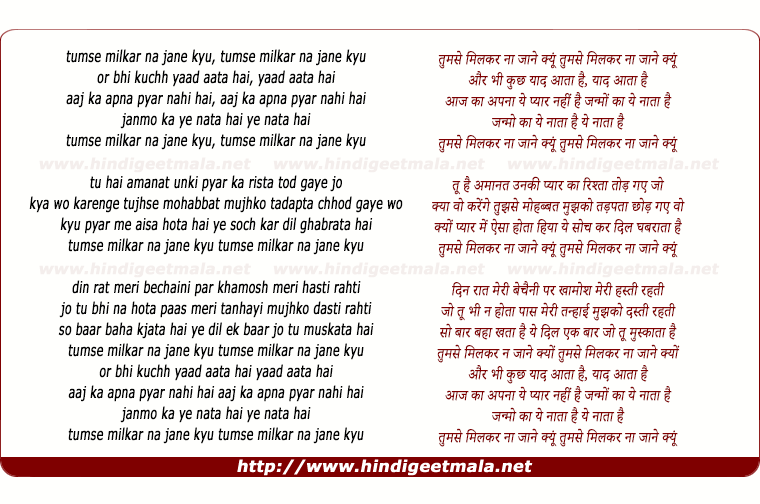 SHAH FAIZA on Thursday, December 08, 2011
@byomjan oh ok, so you guys dont know how to laugh...good, keep
"exercising"- just for you knowledge...laughter and hapiness is an inner
feeling that people like you have to "exercise". stop hating...it will
lead you to nothing...

Dalip Thakur on Tuesday, June 24, 2014
i still remember how i struggled with relatives to be able to watch this
film on black and white television. :-) i was middle school kid at that
time, songs turns the memories on. :-)﻿

nikky love on Wednesday, August 28, 2013
I wish I can find this movie with English sub. I used to have it with
sub,but that when we still have tape,but now I can find any where with the
CD how sad..:(