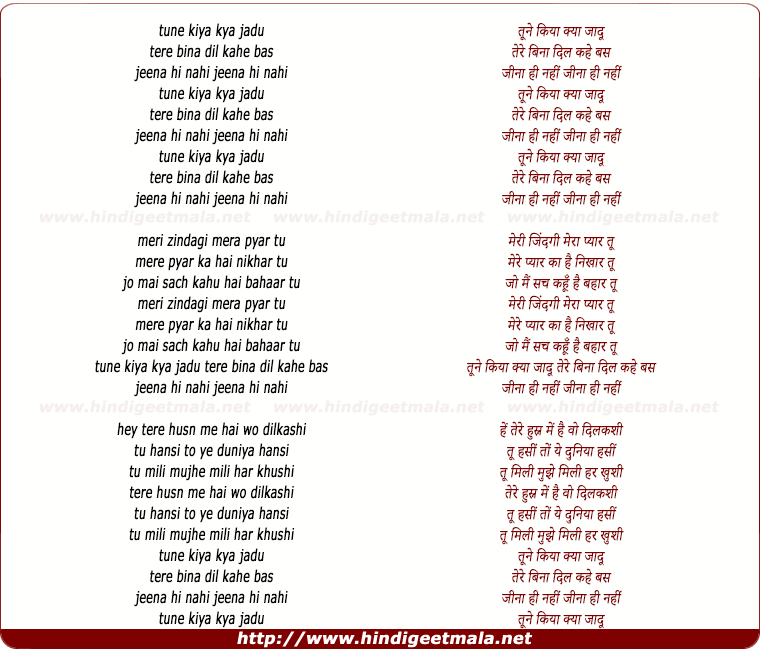 Comments on song "Tune Kiya Kya Jadu"
Thej Wagle on Tuesday, July 03, 2012
The falling era of R D BURMAN. Post SAAGAR he was a different man with few friends, few movies, few hits. He lost Kishore Kumar in 1987, then lost rapport with many directors, had a heart attack in 1989 losing RAM LAKHAN to LP, GHAI cheating RD. Then what? the territory was occupied by new singers and he miserably lost out in 90s with 1942.. one of as a hit. Same scene happened with Shankar of SJ fame, post 71 and later to Pyarelal of LP fame after Laxmikant's death in 98.
Chandrakant G on Wednesday, December 05, 2012
What a waste of a phenomenal composition. As is typical in a lot of films
that R.D. gave music to.

PARTHA PRATIM Guha on Thursday, November 01, 2012
apart from being a phenomenal music composer R D was a fabulous singer.This
is one such example.

Thej Wagle on Tuesday, July 03, 2012
WHO is better singer RDB OR ANU MALIK? MUSIC apart. Only singing to be the criteria.
NosmasZaje on Monday, August 08, 2011
A different song by RD Burman. Recording could have been better.
View all 6 comments related to song Tune Kiya Kya Jadu
Popular Links on HindiGeetMala