Video of this song from youtube
Average Rating : 4.02
Total Vote(s) : 1036
Please rate this song between 1 star and 5 stars (5 stars being the best). Just move your mouse on the stars above and click as per your rating. Your rating will really help us to improve our website. 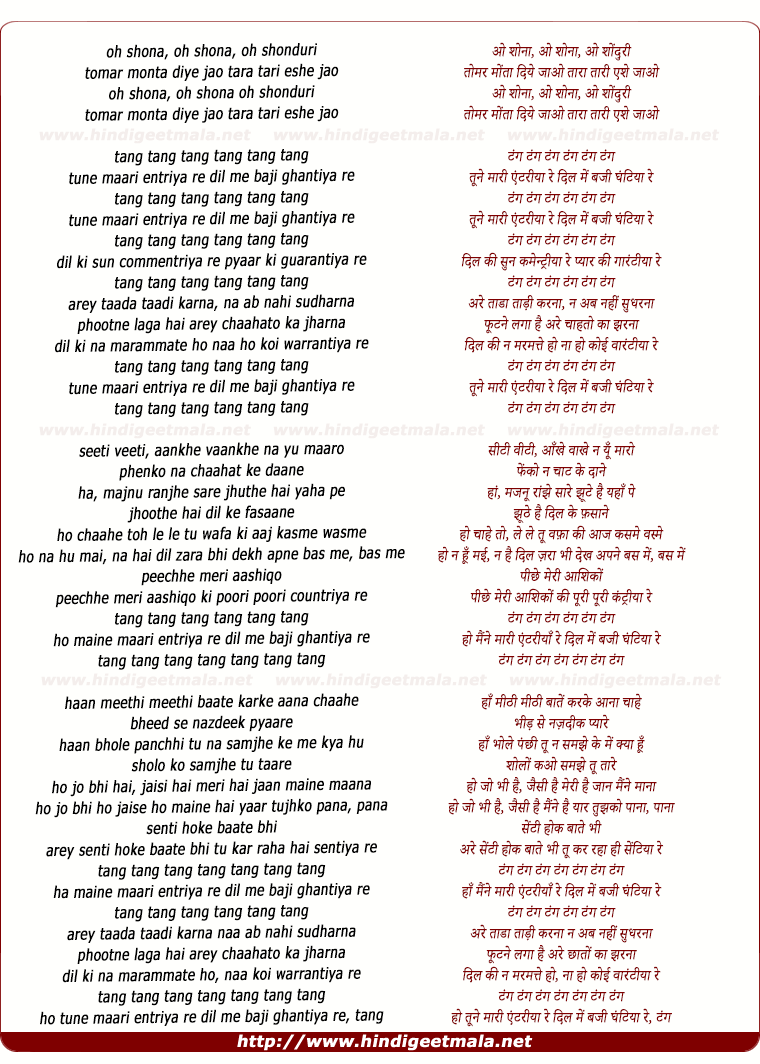 Yash Raj (yrf) on Thursday, February 20, 2014
Several of our Bangladeshi brethren have reached out to us with their
concerns on the way the story has been portrayed and we would like to
apologise if any disrespect or hurt has been caused to them. However, this
was and is meant to be a fictional work and does not in any way project or
disrespect any particular segment of society or persons or a nation.

The birth of a country is always steeped in the sacrifices made by its
freedom fighters and martyrs and this can never be forgotten. And so was
the case with Bangladesh and its people who paid a huge price to attain
this freedom. The history of the sub-continent reflects this and
acknowledges the struggle of the people of Bangladesh.

However, GUNDAY was not meant to in any way slight the sacrifices made or
to recount the history of the creation of a new nation but several families
did unfortunately get displaced as a consequence. The film addresses one
such Indian family’s plight during these troubled times. The two orphans
were forced to flee because of circumstances completely out of their
control. And what ensued thereafter left them with very little choice but
to take on the life that they did, one of desperate yet fun-loving
renegades. This was largely a consequence of a prevailing system, which did
not allow them to lead a normal life and be accepted in society. They were
labelled as refugees and stigmatised.

If this fictitious story and its telling have in any way upset the
sentiments of anybody, we would like to clarify that it was totally
inadvertent and it is sincerely further regretted.﻿

bonita392 on Sunday, February 09, 2014
YRF Priyanka looks so fake you should have used a better actress and a
better looking one I can notice her fake lips and skin from so far with all
her botox and filling very upset at YRF her performance was just awful very
upset YRF there are so many better performing and real beautiful actresses
in Bollywood so sad﻿