Average Rating : 4.33
Total Vote(s) : 27
Please rate this song between 1 star and 5 stars (5 stars being the best). Just move your mouse on the stars above and click as per your rating. Your rating will really help us to improve our website. 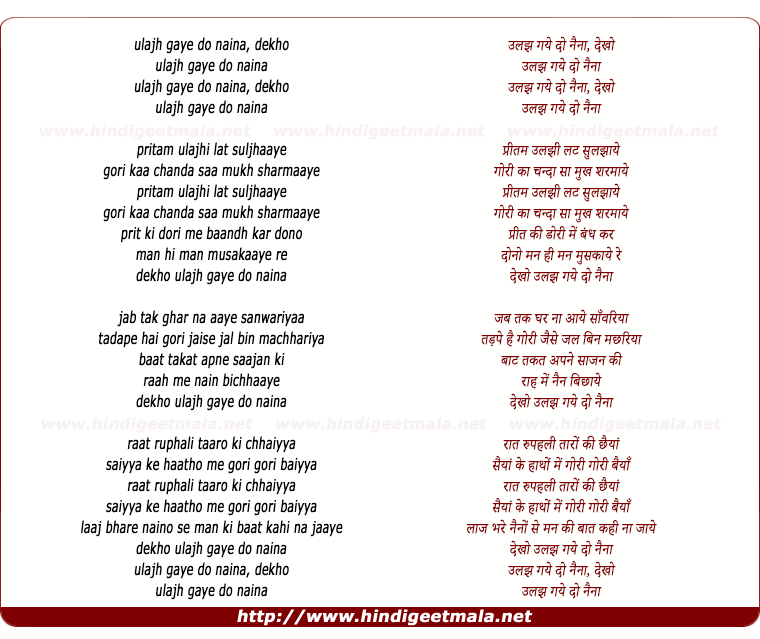 suresh verma on Monday, August 05, 2013
A truly melodious number composed by music composer Ravi in the voice of
his mentor, Hemant Kumar and Lata Mangeshkar !

imranzaidi6 on Saturday, July 24, 2010
Sung by one of the most melodic voices of all ages,Lata Ji and HK Ji,
having majestic and graceful voice,so sweetly that I got totally
mesmerized!Lyrics convey delicate and romantic feelings with a deep
touching subtlety.Ravi Ji's music is masterpiece too. Thanks Ajaji for
uploading this marvellous duet!


Lalan Chaubey on Tuesday, July 14, 2015
Lovely song, mesmerising lyrics. Hemant Kumar & Lataji are truly devine.
Soft & silky music. I have this song hundreds of times but feel that I am
hearing it first time. Thanks for uploading it. Is there a video version of
this song?﻿