Average Rating : 4.51
Total Vote(s) : 51
Please rate this song between 1 star and 5 stars (5 stars being the best). Just move your mouse on the stars above and click as per your rating. Your rating will really help us to improve our website. 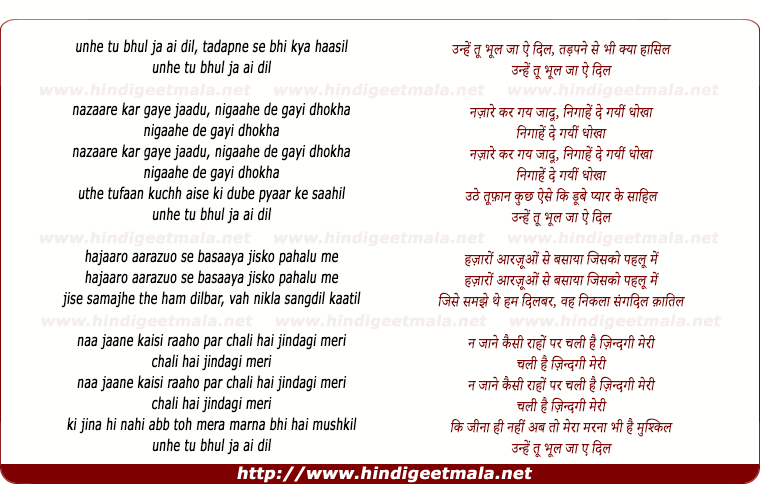 Comments on song "Unhen Tu Bhool Ja Aye Dil"
RealMusicKing on Thursday, February 24, 2011
This version is not on any Talat record or film record of film Naya Ghar.
Venkat Warren on Sunday, July 01, 2012
Unusual rendering of a beautiful Ghazal by Shankar-Jiakishan . Talat of
course, renders it beautifully with ease ! Shekar acted well in this movie,
"Naya Ghar" .Venkat.