Video of this song from youtube
Average Rating : 3.92
Total Vote(s) : 12
Please rate this song between 1 star and 5 stars (5 stars being the best). Just move your mouse on the stars above and click as per your rating. Your rating will really help us to improve our website. 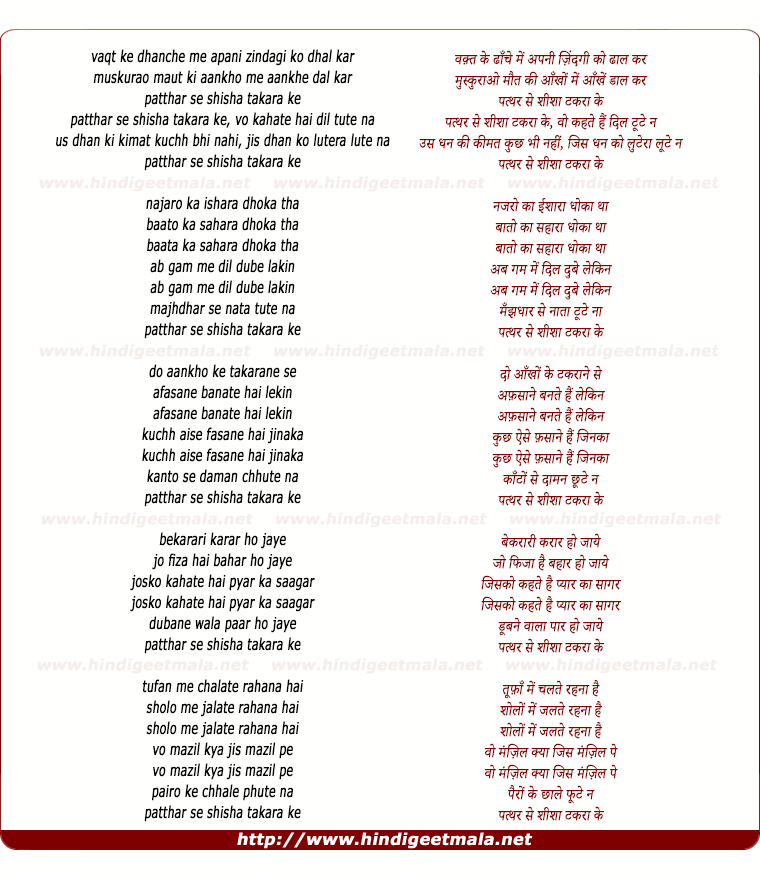 reddevil6996 on Monday, April 27, 2009
anyone know where i can get the full extended tracks from this movie? i can
only get the shorter versions.

kiran raj on Tuesday, October 07, 2008
Being a diehard fan of yesudas, I can proudly say that this was sung by
some other, but not yesudas

raveya98 on Tuesday, November 25, 2008
this song has been sung by Anand kumar c,lyrics were penned by Janab Fauq Jami fable Urdu Laureate
Amitabha Das on Thursday, September 08, 2011
This is a song sung by Anand Kumar and as most of you suspected, not by
Yesudas. I can't even imagine Yesudas singing a Qawaali..lol. And one more
thing, the music director for the film "Saawan ko Aane Do" is not Ravindra
Jain. The music is composed by Rajkamal. However, the title song of this
move is sung by Jaspal Singh [of Geet Gaata Chal' fame] and another hit
song from this movie "Chand Jaise Mukhde pe" was sung by Yesudas. So that
might be the reason for those two names.