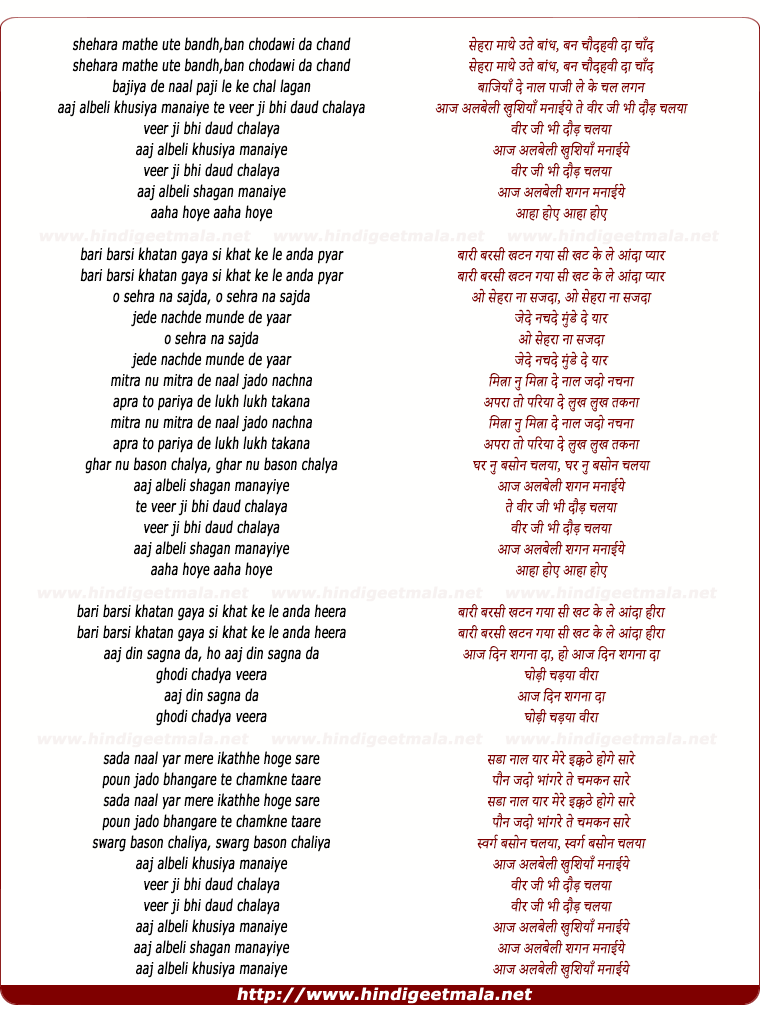 Comments on song "Veer Ji Bhi Daud Chalaya"
Mankaran Singh on Friday, December 30, 2011
I hate the delhi,up,bihari and kanpuri sikhs who do'nt know how to wear smart turban and spoil the name Only We Punjabi Young Generation Sikhs know how to wear smart turbans these some of delhi bhapas are spoiling name of sikhs by wearing weird turbans atleast DSGPC should think about opening some turban centers in Delhi Sikhs having full beard and wearing caps and patka"s and spoling our name that's why bollywood shows sikh characters like this whether agree or not apni kaum da aap mazaak :/
bringingdesiback on Saturday, September 17, 2011
@amitej1990 Pretty much most of the movies made in India these days are
being released in HD, and this film was entirely shot in Canada, so I'd
think they'd have the resources to film in high def. Plus, with this being
an international production, I'd be really surprised if they didn't.

Mankaran Singh on Sunday, September 25, 2011
Why dont they show Sikhs wearing a Smart Turban?? Search Nagpal Turban Academy Jalandhar and know what is smart turban Punjabi Sikhs dont wear turban like that these dayzz our young punjabi sikh generation wears a smart turban and they should b shown wearing smart sikh turbans
dudeindia1 on Monday, December 26, 2011
Thumbs up for d heros of d film-

nd surely thumbs up for d stake of punjabis out in canada..