Video of this song from youtube
Average Rating : 4.29
Total Vote(s) : 42
Please rate this song between 1 star and 5 stars (5 stars being the best). Just move your mouse on the stars above and click as per your rating. Your rating will really help us to improve our website. 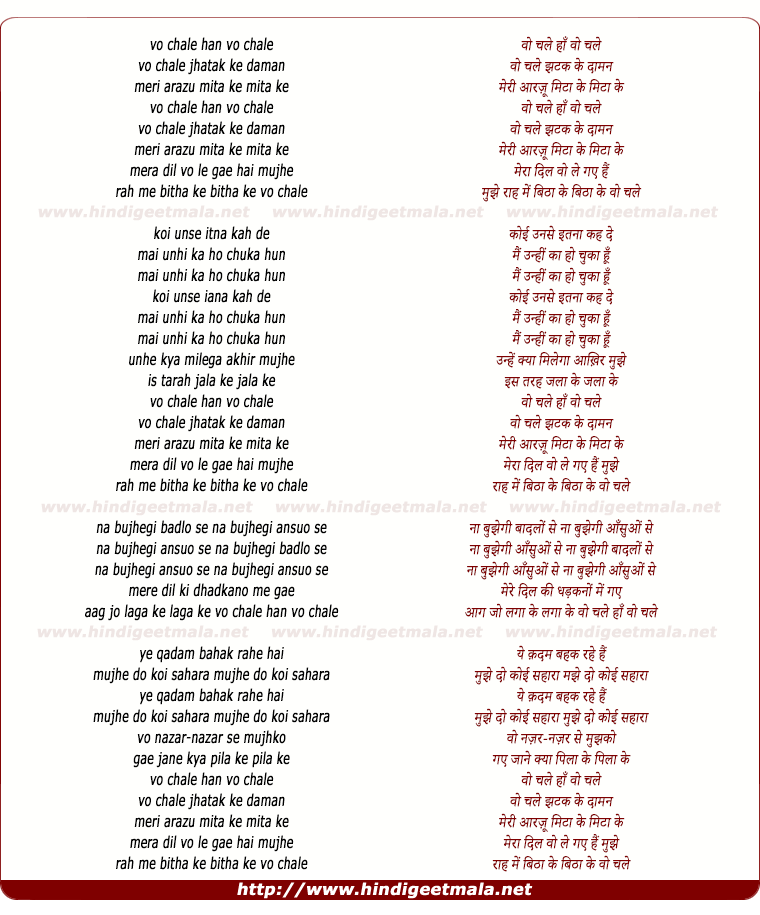 Comments on song "Vo Chale Jhatak Ke Daaman Meri Aarazu Mitaa Ke"
Hatshepsut on Sunday, September 06, 2009
The actress is Jamuna from South Indian films. Great actress. Resembles
Mala Sinha a little, I think. Or perhaps it is the hairstyle that she
shares with Mala from that period. She was in Miss Mary, Beti Bete and a
couple of more Hindi movies. This song is from Humraahi. Music is indeed by
SJ.

hba1207 on Thursday, December 17, 2009
what a great dholak...fantastic..I guess it was dattaram on dholak who went
on to compose music for parvarish later...excellent song..great voice of
rafi sahab!

psuhaskhan on Sunday, January 17, 2010
@hba1207 Yes, the dholak is really great. You can also listen to "Mere man
ka bawara Panchi" as another song with superb dholak.