Video of this song from youtube
Average Rating : 4.18
Total Vote(s) : 51
Please rate this song between 1 star and 5 stars (5 stars being the best). Just move your mouse on the stars above and click as per your rating. Your rating will really help us to improve our website. 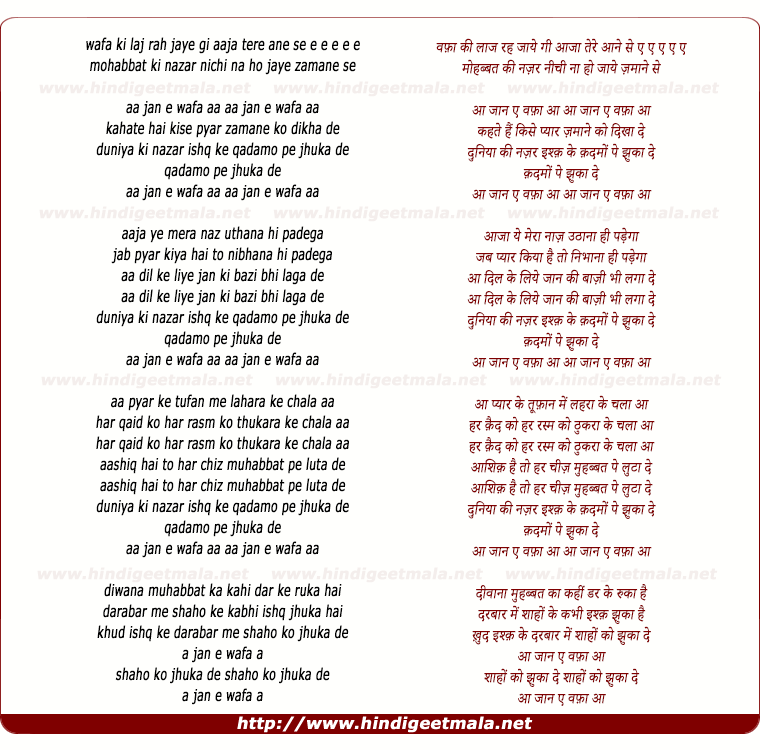 Comments on song "Wafaa Ki Laaj Rah Jaayegi, Aa Jaan E Wafaa Aa"
durlabh kolhe on Tuesday, December 08, 2009
yes, the only song composed by basant prakash for film 'anarkali' before
his sad demise. c.r. was signed by filmistan after death of bsant prakash.
however, the great c.r. do not earased this song and also m.d. crdit given
to basant prakash in ttitles. otherewise it was possible to remove song and
name of basant prakash from film, however c.r. had not done so and given
respect to basant prakash.

wwwgeetaduttcom on Sunday, February 21, 2010
Basant Prakash passed away much later and not during the making of this
film. The producers decided to give the music to CR after Basant Prakash
had recorded this one song.

rumahale on Monday, June 23, 2014
Wonderful. Thank you for keeping memories alive by making available this
timeless classic, that is unfortunately not heard much. ﻿