Video of this song from youtube
Average Rating : 4.67
Total Vote(s) : 21
Please rate this song between 1 star and 5 stars (5 stars being the best). Just move your mouse on the stars above and click as per your rating. Your rating will really help us to improve our website. 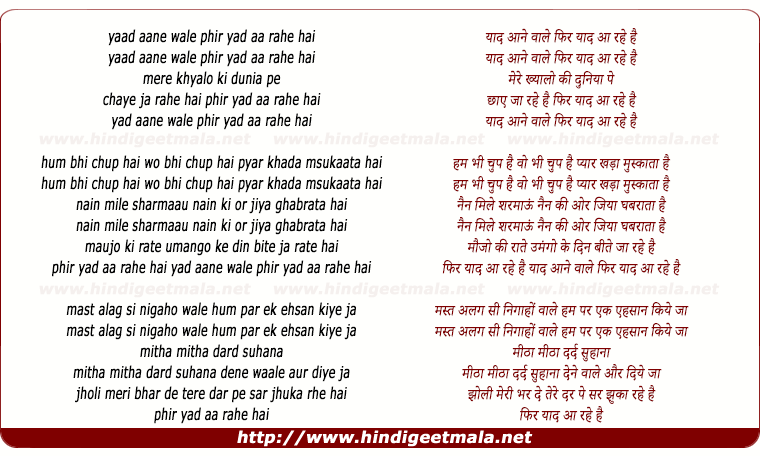 Hiren Patel on Thursday, November 10, 2011
@MrNashans Thanks for viewing this gem of a song composed by genious music
directo Vinodji and it has a great lyrics too. I am thankful to u for
listening this as there are very few left who appreciates such old gems
from Golden era of Indian Muusic and takes pains to find and listen
them.Please see the whole lot of songs of Vinodji uploaded by me from
Vafaa,Ek thi ladki and so on i am sure u will enjoy yhem. Regards

NANDI KHANNA on Wednesday, December 21, 2011
A masterpiece by a master composer,Vinod aka Eric Robert, born to a
Protestant family in Delhi on 28th May 1922, composed some all time greats
including Lara Lappa .He passed away on 25th December 1959.

Hiren Patel on Thursday, December 22, 2011
@NANDIKHANNA You r absolutely right about Vinod a master composer an dgave
us some class songs in relativly a small span of his carries as a music
director.